Lovers from Lima, Matt and Maky Aline first met in 2012 when Matt visited Aline’s house for some English lessons with her sister. As the lessons progressed and Matt became a family friend, Aline’s attraction to him grew until she finally confessed her love for him. The feeling, as it turns out, was mutual. Now married, the Peruvian pair love making time to play with each other, though they admit that their lusty encounters once resulted in almost getting caught by Aline’s folks after a quickie in the kitchen. And speaking of ‘play’, the couple count roleplay as one of their greatest kinks, with age-play scenarios like student/teacher or stepdaughter/stepdad being firm favourites. Their Lustery debut, however, showcases Aline’s most bliss-inducing position as the two invite viewers into their bedroom for a breathless ‘joy ride’… 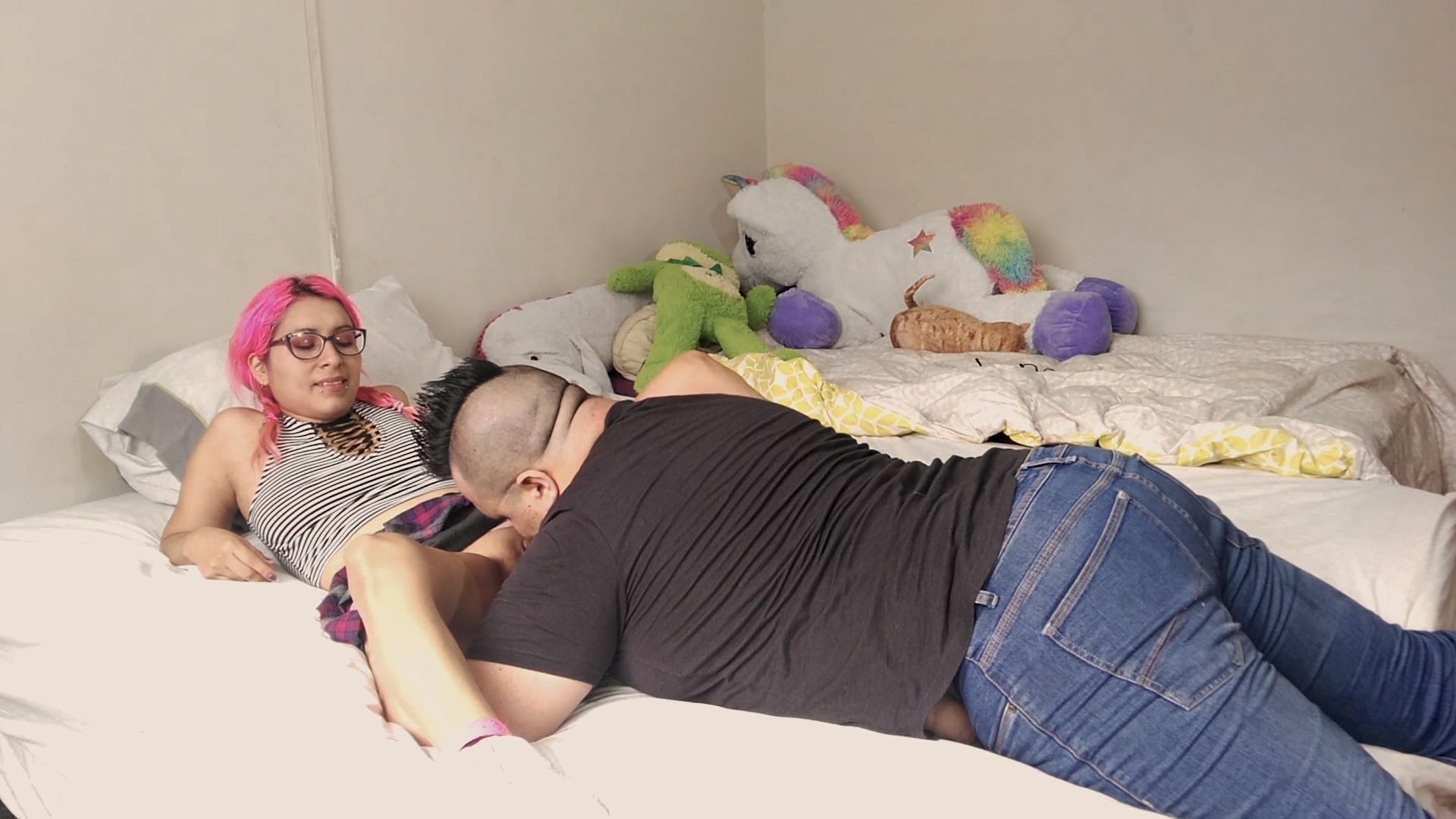 Joy Ride
Pink meets punk as passionate Peruvians Matt and Maky Aline make their Lustery debut. As the action revs up and the pair strip down – until Aline is left in just her sneakers and spectacles – she takes charge of the pace in her favourite position: riding Matt from on top. Expect a delicious detour for some his-and-hers POV oral before Aline resumes the position and set them straight on a course for Pleasure Central.
Full video