Carel and Ria met in September 2017 on the set for one of Carel’s music videos. Two other models cancelled at the last minute, and so the modeling agency brought Ria along as a surprise replacement. This chance encounter proved to be destiny, as the two had a strong sexual attraction from the very first moment and soon started dating. Their bond persisted despite living far apart, first in different cities and then separate countries when Ria had to return to Venezuela for some months.

They are a fun couple, with Carel spending most of his time making Ria laugh with his jokes. They often seem more like good friends than lovers, but they have a strong domestic partnership and love cooking together and caring for their three dogs. Although they are in a romantically closed relationship, the pair are swingers and enjoy having threesomes and sex with other couples. 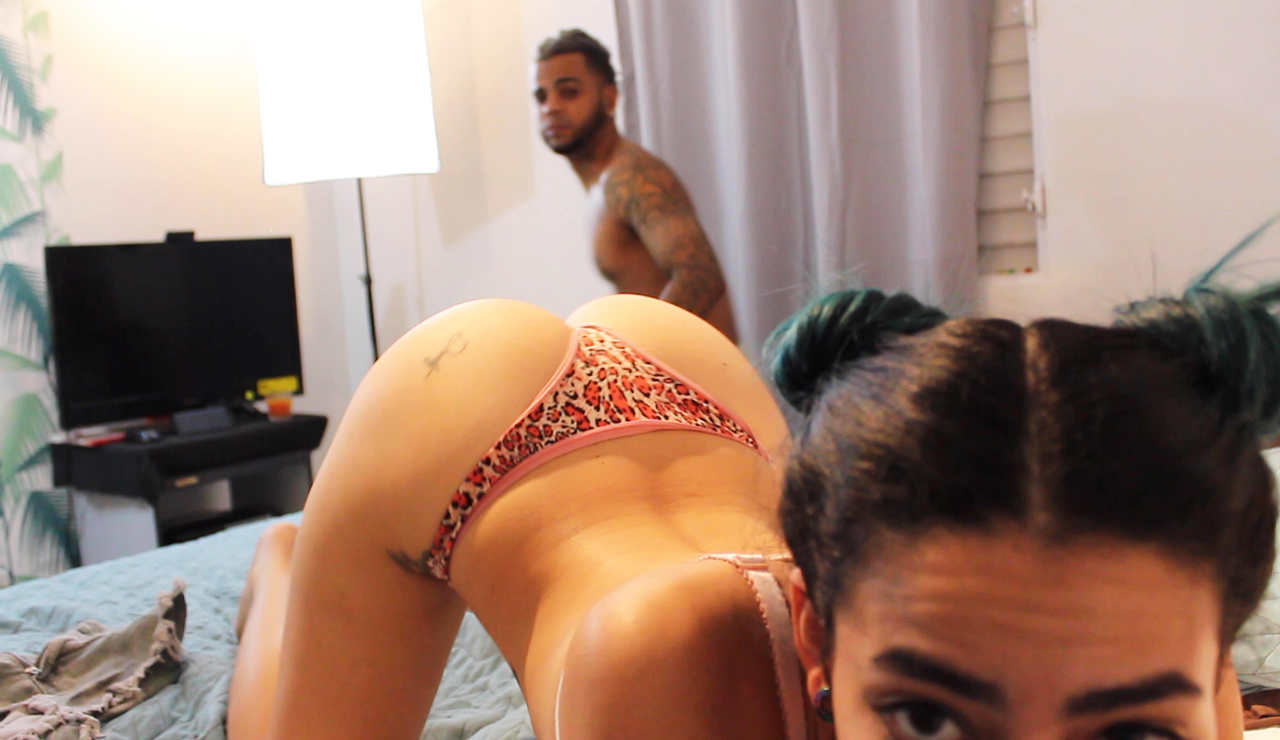 Play Time
Carel and Ria are no strangers to being on camera and got quite creative in their Lustery debut! The main scene starts with Ria watching Carel play some Red Dead Redemption 2. The lovely venezuelana soon gets bored and starts to strip, distracting her partner till his character gets killed. With the game still running in the background, the couple begin to kiss each other all over and then the fun really begins...
Full video