Working in the modelling industry, Marc and Haydies owe their meeting to some inspired casting after the two were booked for a shoot together a few years ago. From the moment they laid eyes on each other, something clicked. ““There was an immediate physical and subsequent mental attraction,” they say, followed by plenty of laying a lot more than just eyes. They describe the resulting shoot from that day as one that became “very naughty indeed”, and having had their lust for each other on display since Day One, it’s only natural that the mischievous models with a thing for deep throating, doggy style sex and facials joined Lustery. In fact, they say, their most adventurous sex story yet was filming their incredible al fresco Lustery debut. “It was a nice day and we thought it would be good to go outside,” they say. “Both of us got turned on by the chance of being caught but we would have been happy if anyone wanted to watch too!” 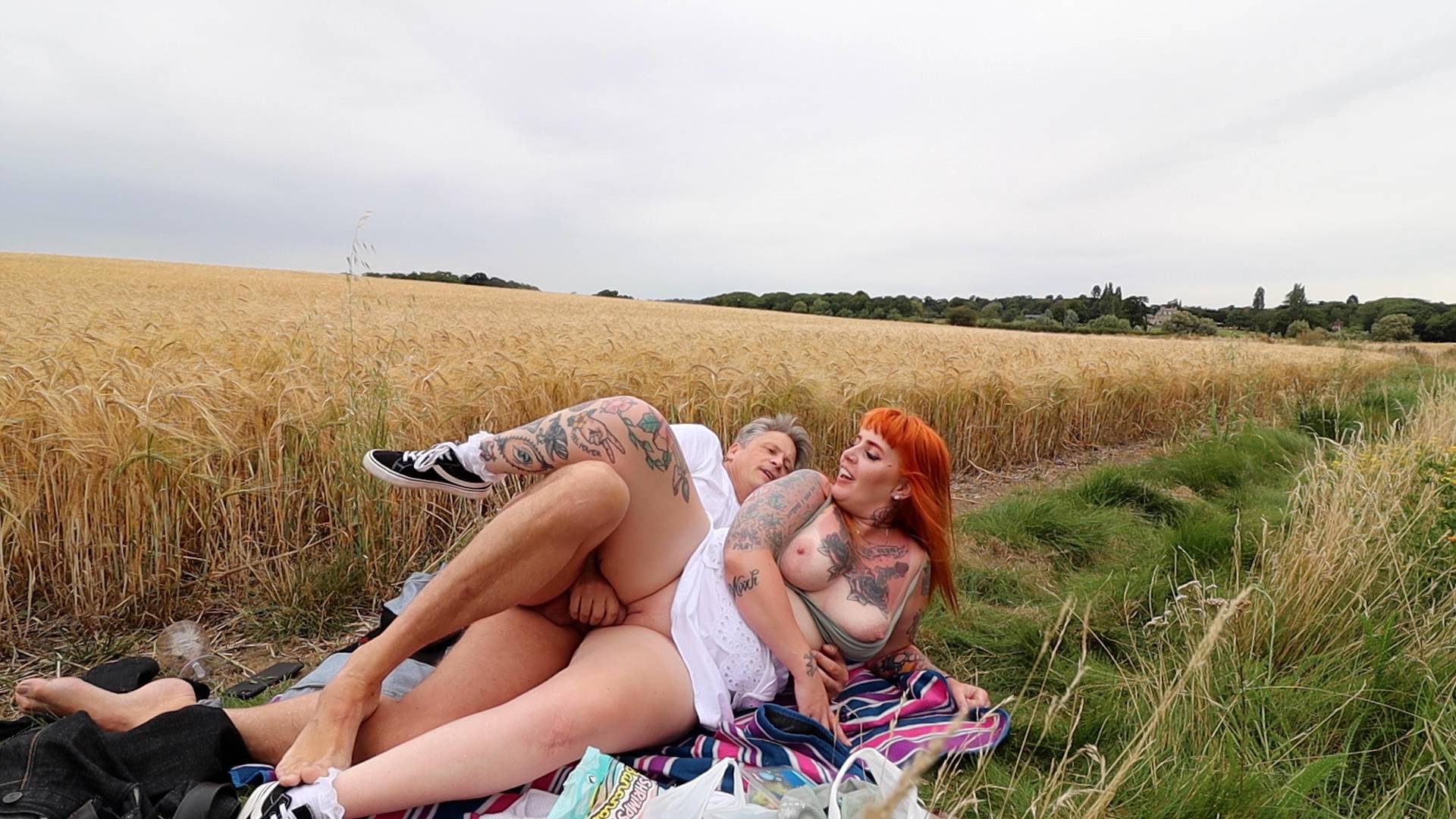 Cream of the Crop
Announcing their Lustery debut to the world, UK-based Marc and Haydies took the brief seriously and ventured into the great outdoors to do what most newcomers first do behind closed doors: strip off and get down. In a secluded field complete with picnic blanket and snacks, it’s soon evident that they’re hungrier for each other with Marc first eating Haydies out before she demonstrates her deep throat skills in return. Of course, like most picnics, things do get a little sticky, though you’ll have to watch to the end to figure out why…
Full video