Carly and Cameron met at a rock club where Cameron was working as a bouncer. The brightly dressed Carly stood out like a beacon in a sea of black clothes and Cameron couldn’t take his eyes off of her. The very next day, she showed up again nervously hoping to slip her business card to the cute doorman, but luckily he ended up making the first move.

The two haven’t looked back and have been inseparable ever since. As a posh girl from the south and a Mancunian lad from the north, they might disagree on some things (like which Manchester football club to support), but that hasn’t stopped them from having amazingly passionate sex. They love play fighting, pinning each other down and trading dominance. 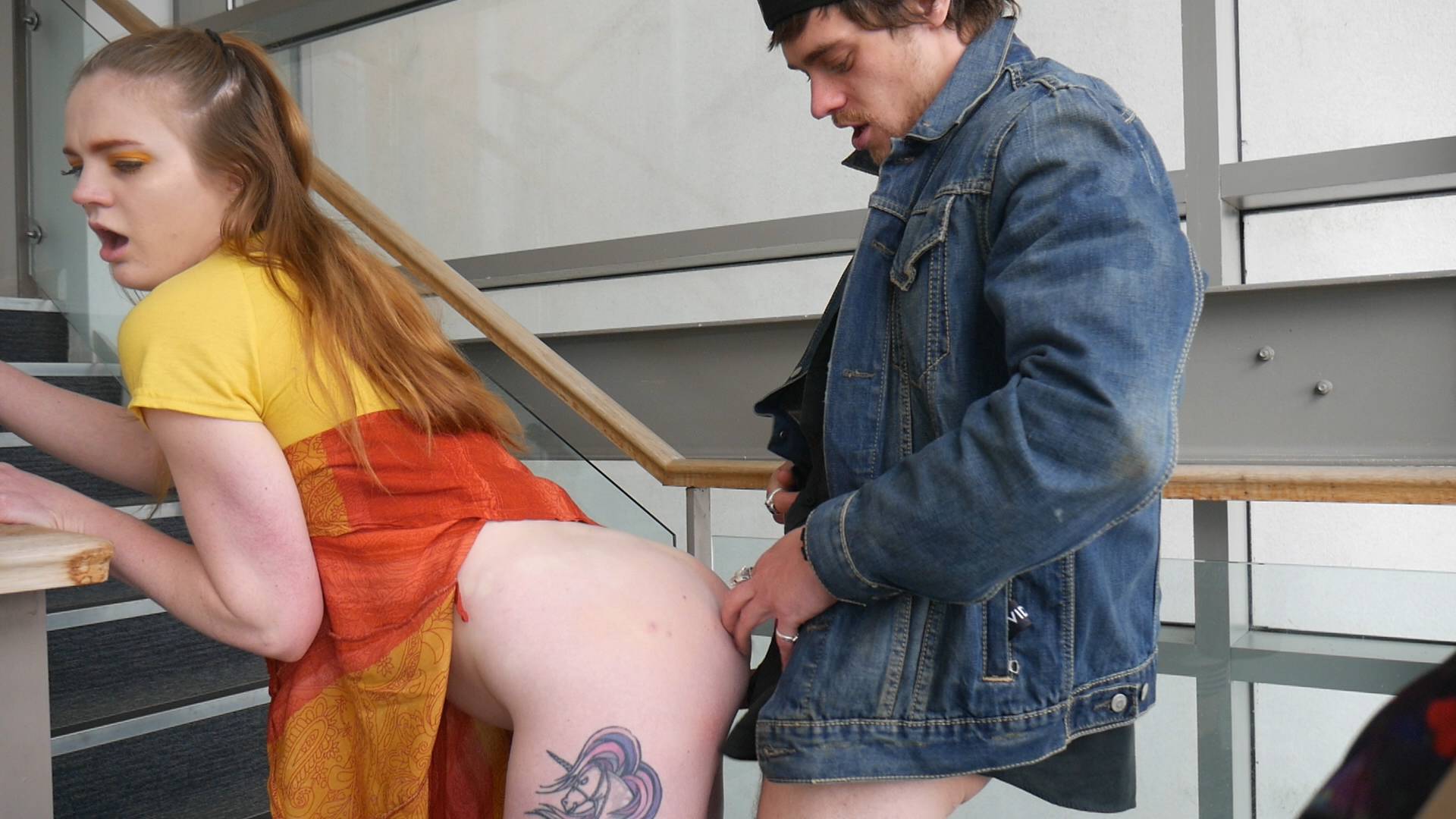 Stairway to Heaven
Babely Brits Carly and Cameron are back with their second Lustery offering, a video-with-a-view that takes their desire (not to mention their daring) to another level – in this case, quite literally. Having decided that they want to ‘eat out’, to two head out to their apartment building’s exposed stairwell for Cameron to do exactly that as a breathless Carly lifts her skirt around her waist. It’s not long before the sounds of their fucking, with some ass-spanking thrown in for good measure, are echoing down the levels. Taking the stairs has never been this appealing.
Full video