A meant-to-be match that almost didn’t happen, Swedish sweethearts Nina and John first connected on a dating website moments before Nina was going to permanently delete her account. The then 18-year-old had received plenty of attention and flattery but she wanted something more than she was getting from the barrage of men in her inbox. John’s message was different though: sweet, sincere and serious. Over the course of two weeks, the pair chatted constantly, beginning to fall in love before they’d even met. Their first date – a hike in the woods – is still something they laugh about, mostly because Nina, in an attempt to impress John, was entirely inappropriately dressed for the occasion in a short skirt and high heels. ‘Inappropriate and distracting!’ says John. The outfit seems to have had the intended effect though. ‘We were not the kind of couple who didn't put out on the first date, I had to have him and know what he would feel like inside me,’ says Nina, revealing that she was greeted with ‘the most beautiful and biggest cock I had ever seen’. ‘We try to have as much sex as possible, although being together over four years means you have to be inventive and luckily this is something we both are’, they say. Nina says she loves the taste of John’s cum in my mouth and one of her kinks is to get it all over her body and massage each other with it afterwards, while John gets a kick out of seeing Nina in sexy outfits and says she gives him the best sucking he’s ever had. ‘I always thought I would have the hottest sex with someone I love and it turns out that I was right,’ Says Nina. ‘John knows his way around my body like no other and can make me cum in an instant. Passion is key in our relationship.’ 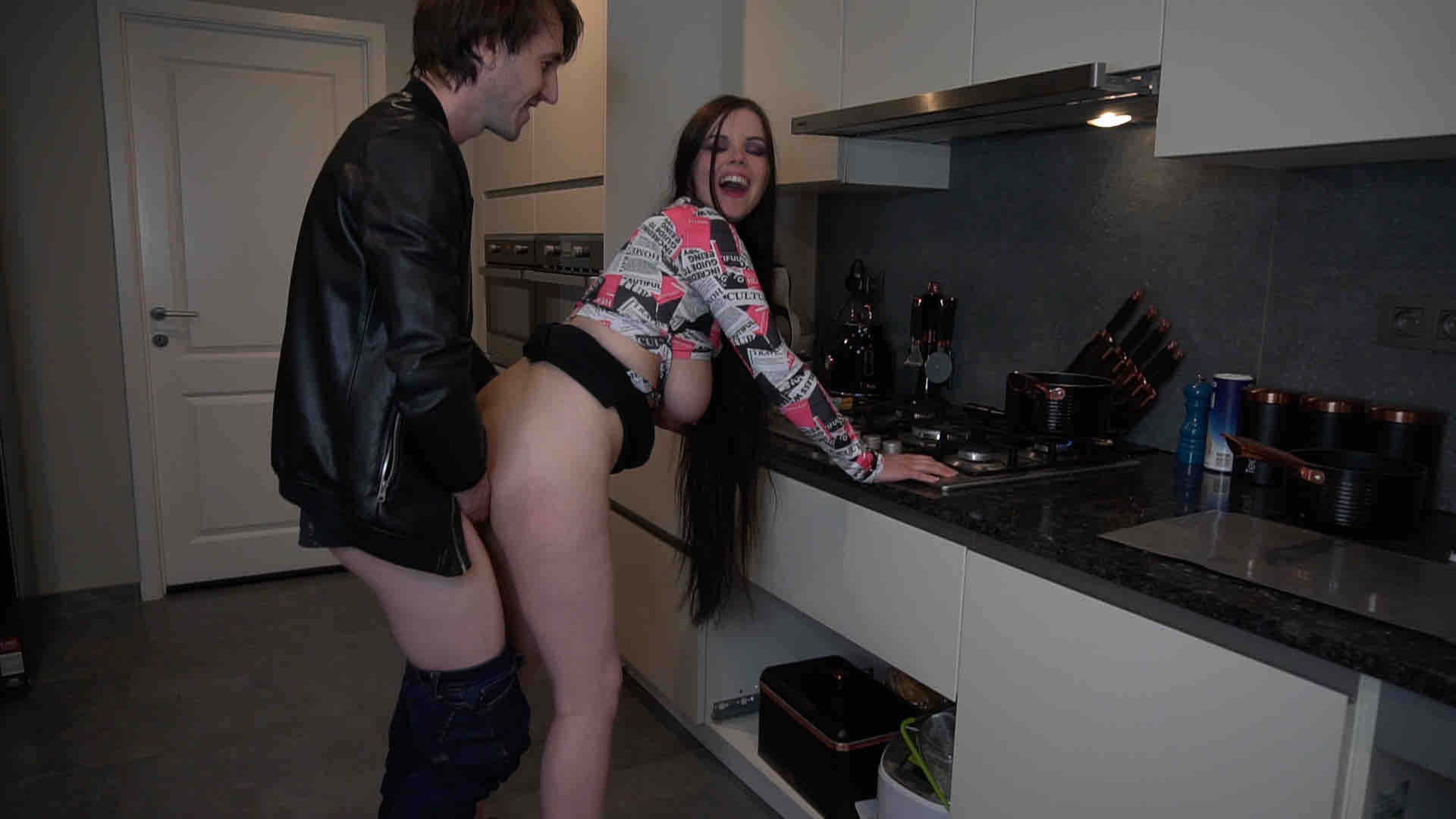