East Coasters Sally and Mitch met online long before hookup apps or swiping right were even a thing. “We are one of the first success stories of online dating!” they laugh, and after 17 years together, they’re probably right. The first pixelated messages were enough to prove they had plenty in common, with the pair describing themselves as “best buddies”. And best buddies with a sex life full of wild, kinky and creative escapades, at that! What started as Mitch taking photos of Sally for a bit of fun would eventually evolve into both of them finding an appreciative audience online doing with they do best: having sex. Whether it’s almost getting caught by the neighbours when Sally sucks Mitch off in their hot tub or a floor-to-ceiling fuck in a hotel room window during a comic convention, these two know that they put on a show. Now in their fifties, they say, “Maybe we can show people that even though you are gonna get older, you can still hold it together, enjoy each other, have fun and have an incredibly adventurous sex life!” You can see the evidence right here on Lustery! 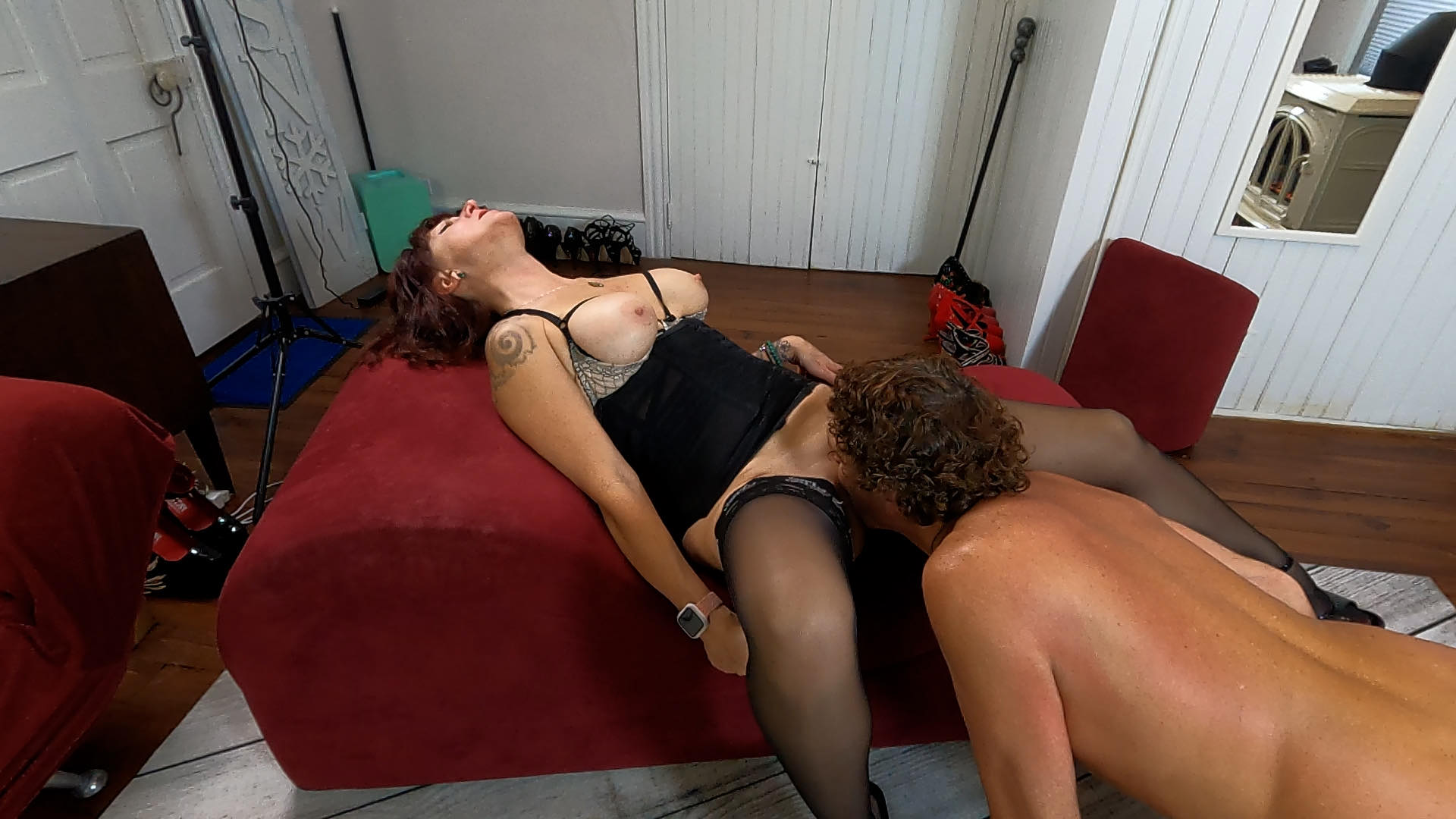 Slip of the Tongue
Though they might be newcomers on Lustery, Sally and Mitch have had almost two decades of hands-on learning when it comes to getting each other off – and it shows! Mitch knows exactly how to use every moment between Sally’s leg’s inching her closer and closer to a powerful orgasm, while Sally knows the way to Mitch’s heart is absolutely via his ass, using her tongue to tease him to a knee-trembling climax directly into her waiting mouth.
Full video