Sometimes you know something is meant to be long before it actually is. Case in point: Southern Californian couple Isla and Oliver’s relationship. The pair first met over two years ago while they were both dating different people but “knew we would end up together”. It was only a matter of time before they ended their other relationships to be together and they’ve been happier than ever since. Isla loves to ride Oliver and also loves giving him blow jobs and watching his pleasure as she sucks the soul out of him. “And Oliver is just happy to be there!” The adorable twosome say that they don’t go out much, preferring to stay home and cuddle 24/7. However, when they do go out… “Our craziest sex story was when we filmed a video of us fucking on a pretty populated beach right next to the college Oliver attends. It was in the middle of the day and we got lucky that nobody wanted to walk by.” And we reckon we’re lucky that they remember to film these sorts of things – we couldn’t ask for a more fitting addition to the Lustery community! 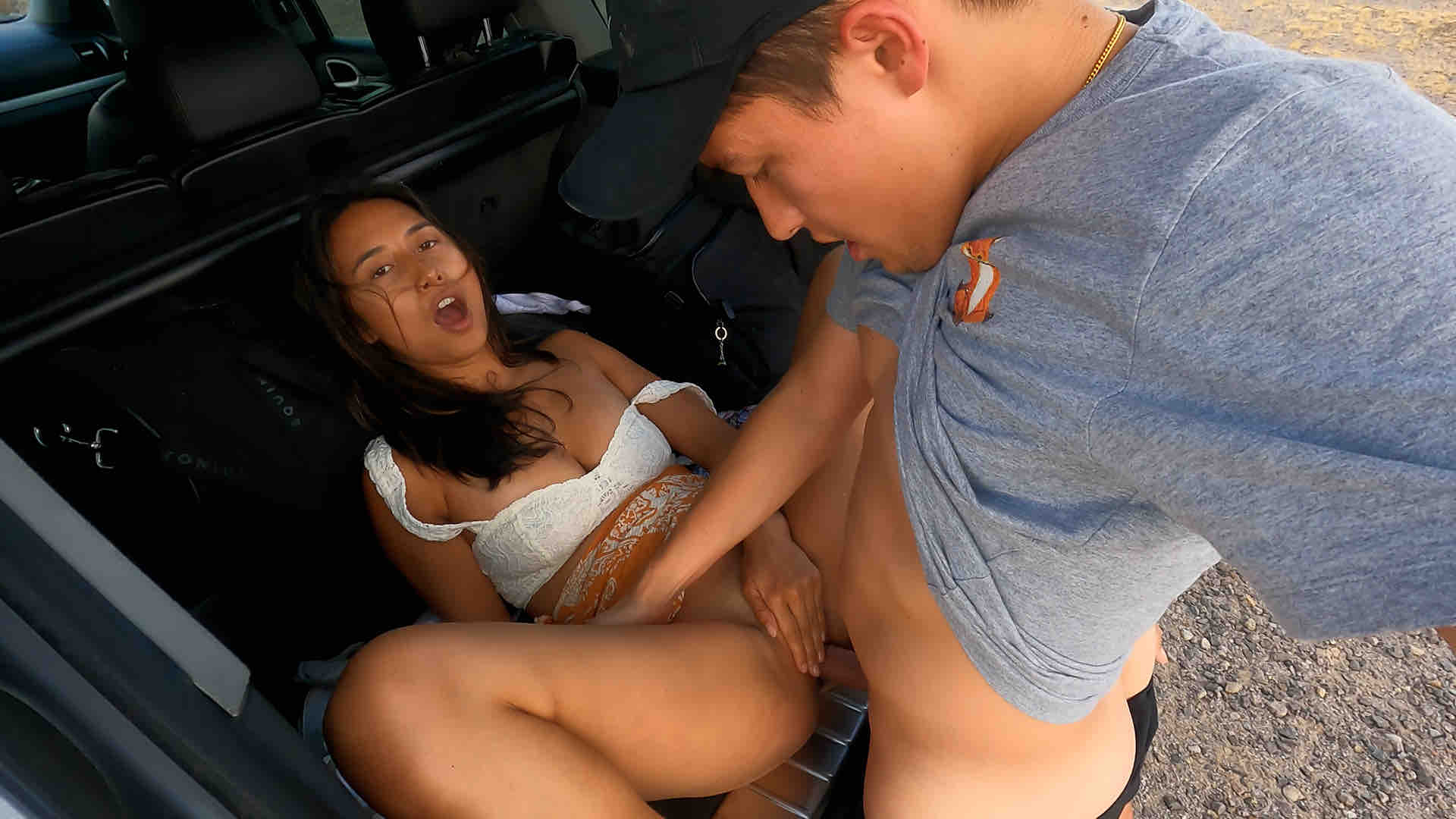 Heaven In Las Vegas
It’s said that ‘what happens in Vegas stays in Vegas’ but luckily for us, what happens in Vegas has made it all the way to Lustery screens as Isla and Oliver document their latest trip (as well as some very sexy detours). On a seemingly desolate stretch of desert, the Californian cuties take the opportunity to get out of their car – and clothing – with an outdoor fuck so hot the scorching sun can barely compete. From there, it’s on to the hotel to clean up. (Hint: there’s nothing ‘clean’ about what happens there either with a heavenly hand job that ends exactly as you’d expect…)
Full video