Like many Lustery couples, Enya and Eduardo met at mutual friend’s party, and have felt an incredibly beautiful connection since that day. The first time they had sex was actually in a dark room at a club, and their sex life has only gotten wilder from there.

They moved in together after just three months, and were making love almost constantly — usually several times every day— up until the multi-orgasmic Eduardo injured the tip of his penis from so much sex. Despite the pain and slightly lowered sexual frequency, the beautiful Spaniards still can’t keep their hands off each other, however. 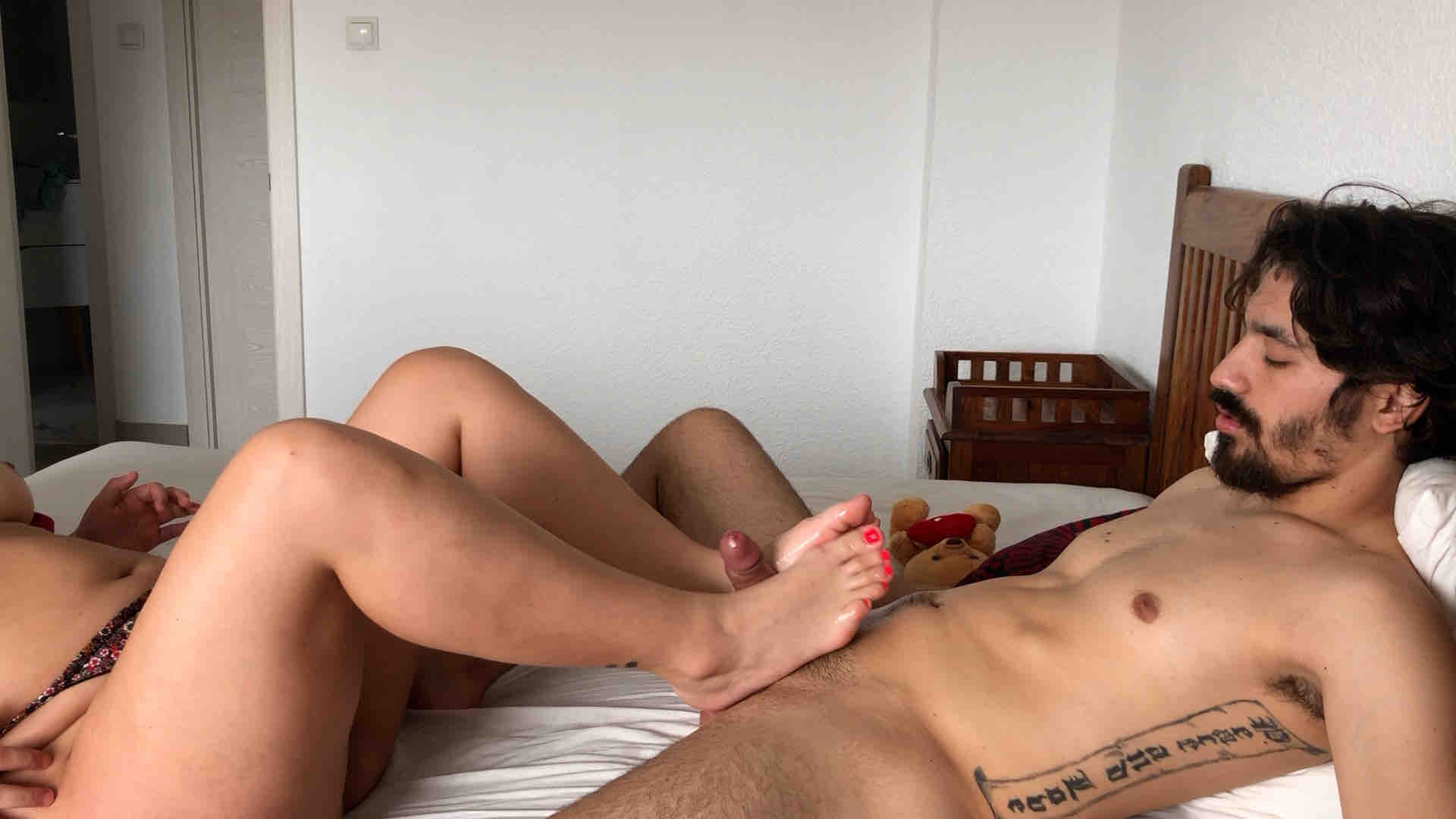 My Feet On You
This moment video is about something that we both love and it is Eduardo's feet as well as I like to kiss and lick our feet and then he rubs them slowly and masturbates him with my feet.
Full video