Nick and Kelly have known each other since high school back in 1997 and have been life partners ever since! For the past 15 years, they’ve had an open marriage, exploring their sexual limits as swingers though countless fantasies, fetishes, and couples.

Even though they’ve known each other for such a long time, they are still very attracted to one another and enjoy a very stimulating sex life almost every day and night. Indeed, they could fill a book with the many sexual stories they’ve enjoyed and, being exhibitionists, the strange places they’ve had sex. 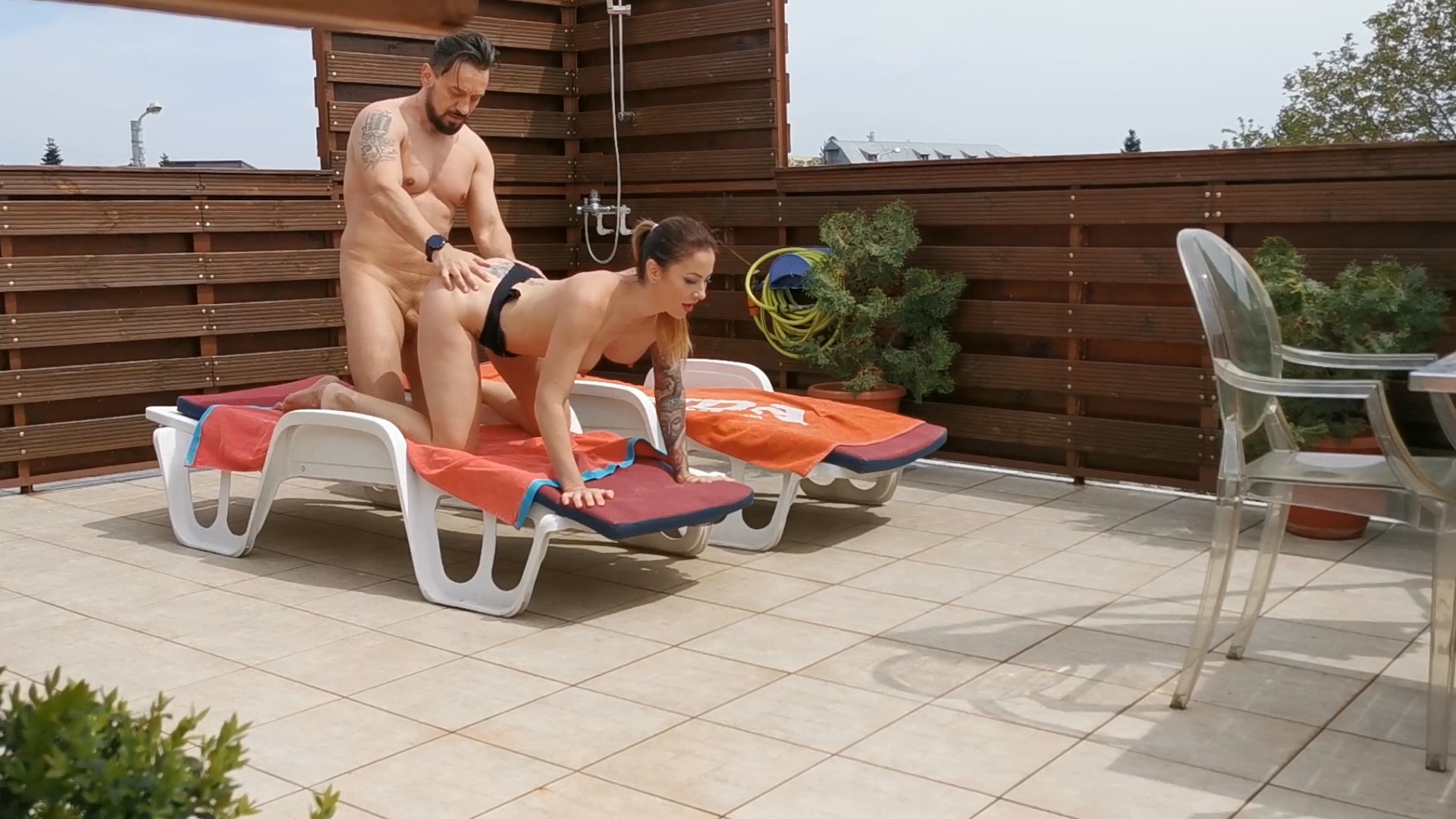 Daily Dose of D
We all know that getting enough vitamin D is essential, right? This explains why we find Romanian sweethearts Nick and Kelly soaking up some rays as they bare all to catch a tan on their deck. But as quickly becomes apparent, getting enough ‘D’ is important too, with Kelly turning her attention to feeling Nick up and sucking him off before eagerly straddling his growing erection for a sun-drenched afternoon quickie.
Full video