Sophia and Vincent first met at University. For the first few years it was more as just acquaintances until in 2012 they were both at a classic student party. You know the scene, red cups and beer pong! The drinks were flowing, one shot became two shots, two shots became 10 tequila slammers and the two ended up in Sophia’s dorm room. At first, the night seemed to have all the hallmarks of a classic one-night stand. But then it happened again, and again, and (you get the point)... soon they realized that they didn’t want to stop it at all - they had a huge crush on each other! That was 4 years ago…

They are a great team, they understand each other and support each other with all kinds of projects, occasionally they argue but they believe having that fire is what keeps the relationship alive and healthy. They are living in an open relationship – which they consider the best solution for living in a town like Berlin. Although they live separately, they visit each other quite often and have sex (nearly) every time they see each other, no matter where that might be; at home in bed, in the shower or in the middle of a party. Sexual desire also turned out to be the perfect tool for ending disputes: Why arguing when they just could have sex instead? Sometimes angry sex can be the most passionate! 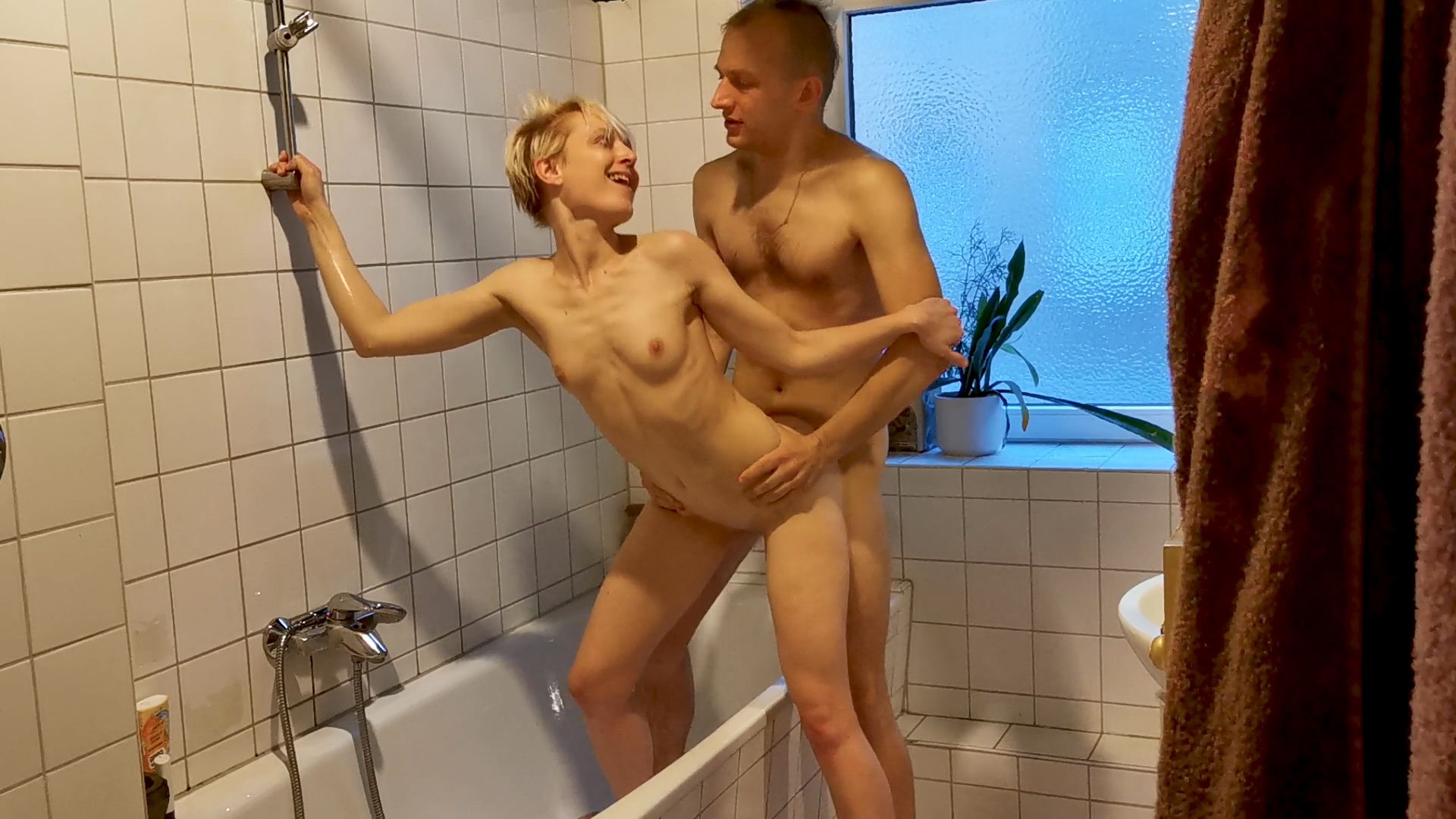 Squeaky Clean
Not all shower sex is created equal – and especially not when the dirty duo getting lathered up are Berlin babes Sophia and Vincent. In this soaped up and sexed up bathroom quickie, the lovers manage to fit more position changes into one bathtub and 20 minutes than most people would manage in a whole night of passion in bed, creatively utilizing the tub, walls and, of course, each other’s bodies for fucking face-to-face, from behind, in reverse-cowgirl, and even in doggy-style. And, of course, a shower is definitely necessary in the end.
Full video