Lillie and Stephen met at a concert. Stephen knew the people in the band, so after he noticed Lillie he started bragging about it and took her backstage. They talked all night, and went on a date a few days after. They kept seeing each other and soon they realized they were falling for each other.

They continue to have sex almost daily and it never gets boring! They both enjoy a bit of bondage play and they love to try out different places, their favorite place being in a car or at the cinema. They enjoy having sex outdoors or in public since they are really turned on by the idea of getting caught. If they had to choose a favorite position, it would be doggy or cowgirl both ways.

Lillie is bisexual and often they discussed the possibility of having another person around, so for the last six months they have a shared girlfriend who they see regularly. They both agree things are going really well between all three of them! 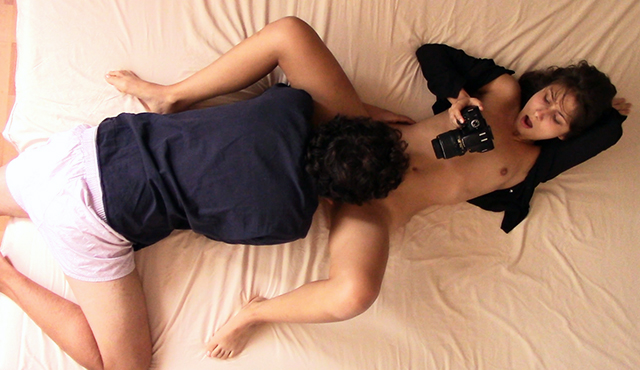 Love from Above
Lillie & Stephen are back for the 4th Lustery Video…and if you ask us, they just keep getting better! Their latest lustful escapade involves a new whole angle from which to enjoy the show! They’ve been playing around with their camera set up and now we have an incredible Birds Eye View from which to peruse the pleasure!
Full video