It might have been a love of techno that first brought Toulouse-based queer couple Ciprine and CyberXswann together but it’s a close friendship that developed while living together in a big queer feminist collective house and a shared affinity for kink that have kept them going since. The femme-on-femme duo first met four years ago while organising a techno party together, though it was a party of a different type that took them from friendship to fucking after the two attended a play party together. Ciprine is dominant while Swann is more of a switch – identities that they began exploring together from that moment. “Our interest in doing BDSM together came up and the initiation of CyberXswann began Quickly our sessions grew very heavily sexual and became regular so we slipped into a relationship of another kind,” they say. Having developed trust through friendship first, the kinksters are now able to take that level of openness into the bedroom. “It makes our sex life more playful and we are more likely to try out new things.” They list “anal sex, threesomes, mixing sex and submission with bondage, orders and foot worship” among their favourite activities. Any guesses which ones you’ll see in their breathtakingly hot Lustery debut? 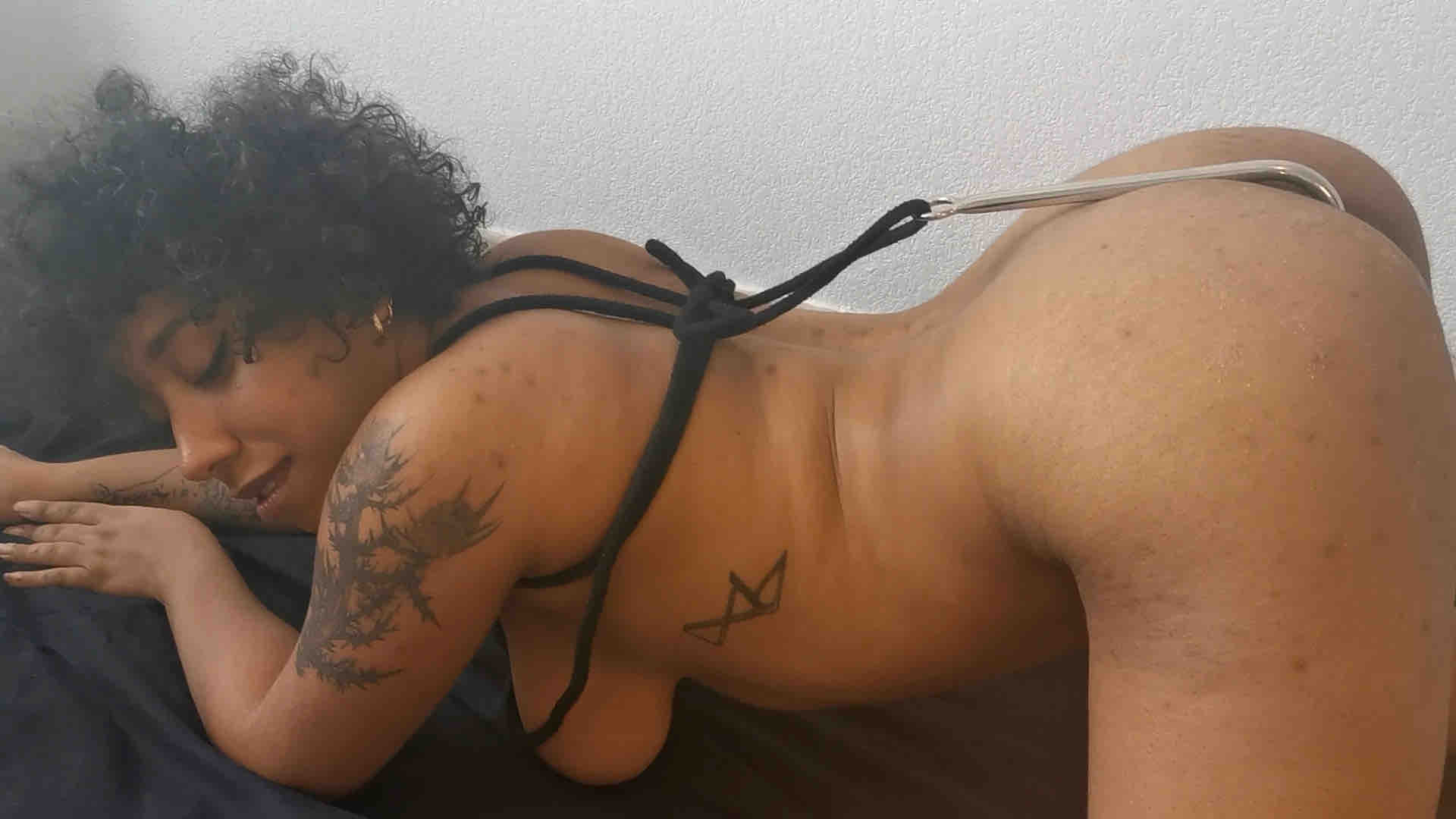