Londoners Amy and JR first met through friends, a match so powerful and passionate that neither of them had experienced anything like it before. A match, a spark and a nine-year runaway wildfire of a romance later and the lust they share remains red-hot. “Although we are now in our mid-fifties, we are having the best sex we have ever had,” they say.

They kinky Brits have sex almost every day, key to which is knowing exactly what they like and how to get each other off – and unsurprisingly, it’s a long and dirty list! “We both love sex with each other but we also like to share. We have regular threesomes with both other men and other women,” they say. It’s a dynamic that allows Amy to explore her bisexuality and JR to indulge in some blisteringly hot voyeurism, usually before joining the action too. In fact, the more, the hornier: Amy also loves gang-bangs – her record is nine guys servicing her.

The pair are proud to admit that if it’s kinky, they’ve probably done it. Sex outside, group sex, double penetration, swinging parties... “The list,” they say, “is endless.” One of JR’s personal kinks is seeing Amy in heels and lingerie, which is the focus of their first film for Lustery. All we can say is that it’s an occasion well worth getting dressed up for… 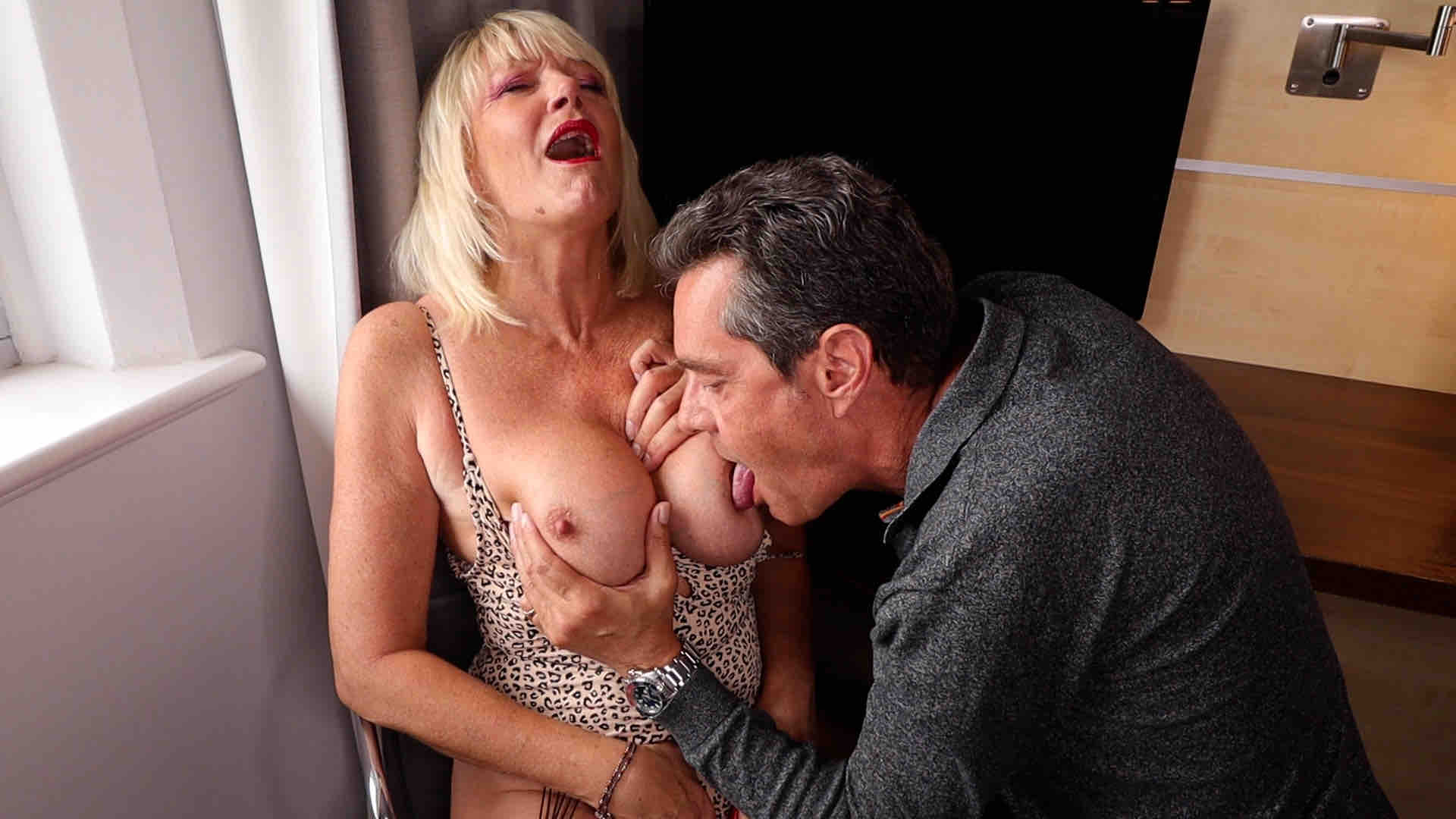 Attending Amy's Ample Tits
Amy and JR get involved in some tit worship. Amy loves it when JR gives her tits all the attention. It's also fun to do some dirty talk as JR takes her ample breasts on!
Full video