When boss Tamara and her secret-crush-harbouring younger employee Ferdinand hooked up some 10 years ago, they initially dismissed it as an exciting affair. “Even though the years went by, the affair never stopped,” they laugh. “And to be frank, we are not exactly sure if it is still called an affair when you are living together, engaged and with kids?”

Now both working as full-service sex workers in Berlin, they say the key to their relationship is “concentrate on our love and not on having to owe each other something”. They explain, “We both want to live an exalted life, as free and independent as possible, we often seek excess and ecstasy – in very individual ways. We don't expect certain actions from each other, we don't forbid each other our own desires and needs.”

Their work has also informed a perspective on their sex life that isn’t necessarily about so-called adventurous sex. “Pleasurable, intimate, satisfying, liberating, expressive, exalted, brutal, sensitive – these are all things we want to live out. For us, good sex is more important than a good story.” In their case, the sex tells its own story – and thrillingly so, as is no more evident than in their breathtaking Lustery debut. 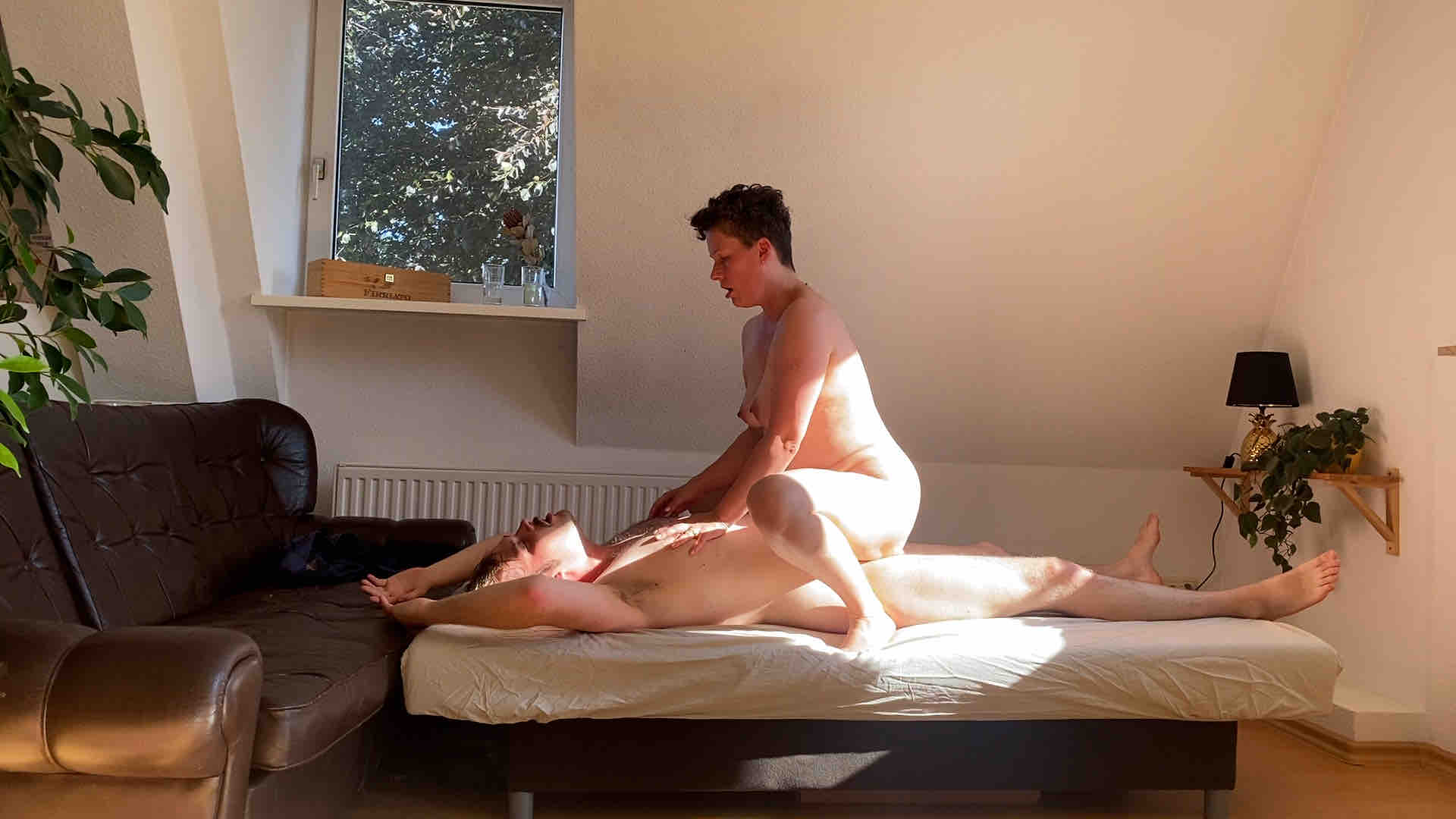 Breathing Sex
Berlin-based lovers Tamara and Ferdinand say that their favourite places to fuck are those that ‘breathe sex’. Based on the rapturous sighs and unrestrained moans, choked groans and breathless gasps of pleasure, we’re pretty sure this sun-drenched corner of their apartment must count. Their Lustery debut is a marathon of desire as they ecstatically explore each other’s bodies orgasm after orgasm for a full hour before they’re blissfully spent.
Full video