Santiago-based sweethearts Vesania and Okinu joke that Okinu was taking naked photos of Vesania before they really even knew each other. Of course, there’s some truth to this grin-inducing anecdote – after all, the cute Chileans met working together on a play, Vesania (also a porn performer and webcam model) as an actress and Okinu as a lighting designer. Their immediate behind-the-scenes attraction to each other quickly took on a starring role in their lives, as the pair connected fast and deeply. Their collaborations also extended to the after-hours, with Okinu helping Vesania to create content. And then, after “daring to participate” for the first time, she became part of that content. Since that fateful moment, capturing their chemistry on-screen has become one of their favourite activities. For this couple, who are in an open relationship, incorporating a camera allows them to document and share their “sexual experimentation with different people, spaces and substances”. “We both love to play with the camera and discover new ways to eroticize ourselves. We really enjoy the details, the little things that can be amplified with the camera and the reactions that the body has to the sensations that we like to provoke. We also love to play with scenic resources such as light, objects and costumes to create fantasies,” they say. We can’t wait to see what their creative and carnal endeavours bring to Lustery screens. 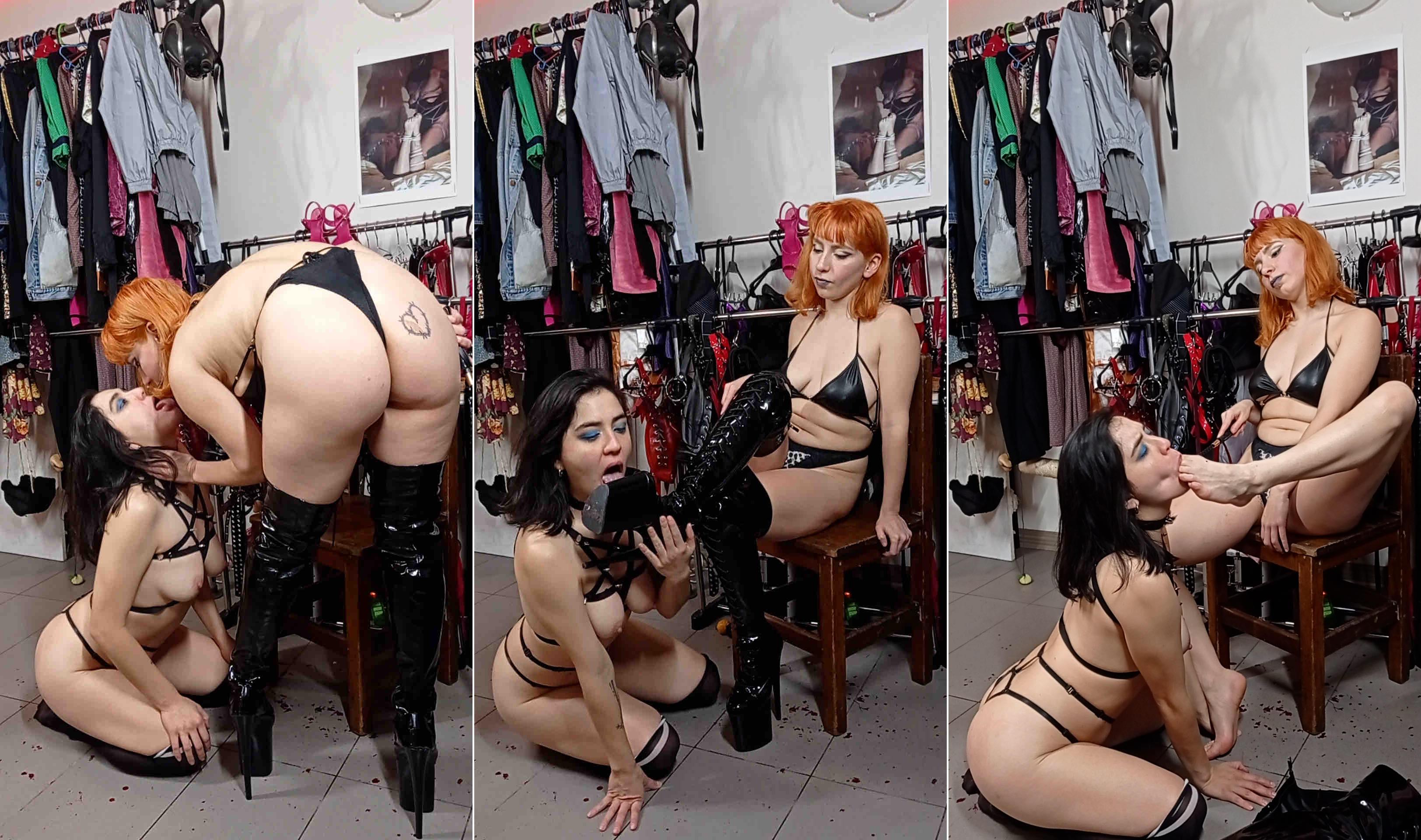 Boot and foot licking
We love fetish clothes, these boots are not that great for walking but they are delicious to wear at home. Vesania's boots fit perfectly and Okinu can't resist worshiping them.
Full video