It’s not every couple that can claim that they were spitting in each other’s mouths before they’d been formally introduced but that’s what makes Puck and Gila just so rock ‘n’ roll. They two first got to know each other about three years ago when Gila, then frontman in a band, was spitting gin shots into the crowd at a show. If the crowd appreciate it, there was none more appreciative than Puck, who kept running up to the stage to receive the gin-and-drool mix directly into her mouth. A night that might have otherwise passed in a blur became the fateful start of their rowdy romance and a relationship that they call “a tunnel of love connection that leads to a land of never-ending communication, trust, understanding, pleasure, orgasms, and growth”.

And, of course, there’s still a lot of spit, with a typical day in their sex life involving “laughter which turns into kisses which turn into deeper kisses, hands all over skin, then below pants, and suddenly we don't know whose sweat is whose”. “More often than not,” they add, “this includes biting, spitting, shrieking, and lots of cumming.” They’re both switches who as well as getting a kick out of playing with power dynamics, love butt plugs (Gila), “anything that restrains” (Puck) and sneaking in a fast fuck “in the kitchen against the counter top cause we couldn't help ourselves in the minutes between rice becoming risotto”.

“We are deeply invested in sex positivity, deeply intentional sex, and concepts of how aware we are of playing into positive and negative cycles or concepts of sexuality,” they say. “As long as there is a ‘yes’, there shall be more and more and more yeses to come.” Yes to that! 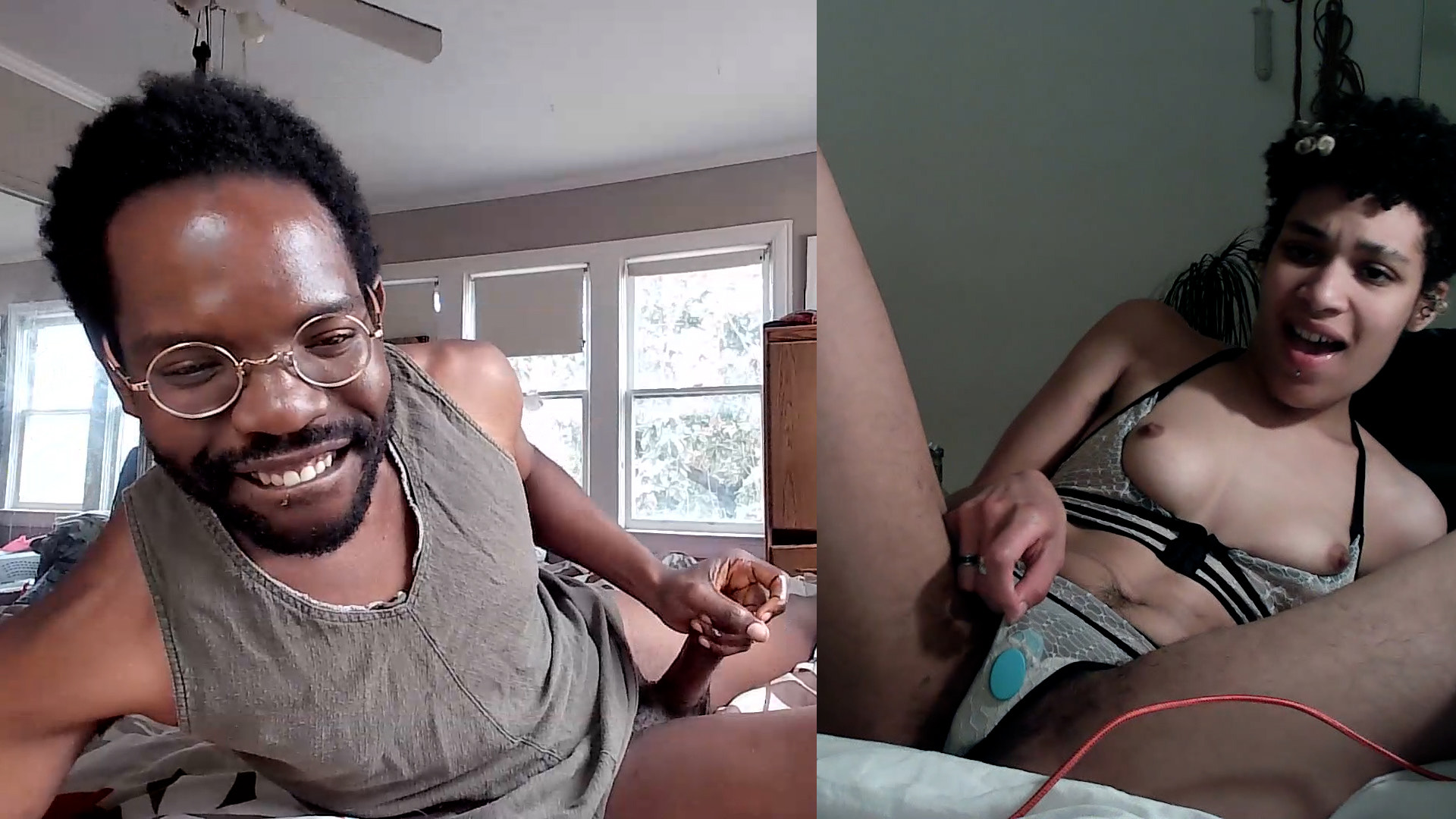