Delfine (French) and Juan (Colombian) met just over 5 years ago while both living in London. Juan was in a band and he invited her to his gig, and she was hooked! Soon after they met, Juan had to go back to Colombia for a month while Delfine was visiting Germany. Juan’s flight to Bogotá was transferring in Frankfurt, so Delfine booked a ticket at the last minute so that they could meet for a couple of hours at the airport before his flight! After almost not finding each other, they ended up passionately fucking in the toilets; Juan nearly missed his flight, but the whole adventure was definitely worth it!

Their sex life is quite diverse, encompassing soft sensuality to hardcore pounding. They love kissing, fingering, and oral sex, since Juan knows exactly how to touch Delfine’s clit so she can come for hours. Juan loves doggy style, while Delfine loves spooning because she can feel his dick best in that position. They discovered they’re into kinky stuff with Juan (who is definitely dominant) slapping, spanking, and whipping the submissive Delfine (last year’s presents entailed a whip). Spitting is a huge turn on for them both, and Delfine wants to try watersports. They like going to sex clubs and parties, Delfine is a self-declared massive exhibitionist who loves being watched naked with Juan, a voyeur, looking on. These two are a fantastic match, and a great match for Lustery! 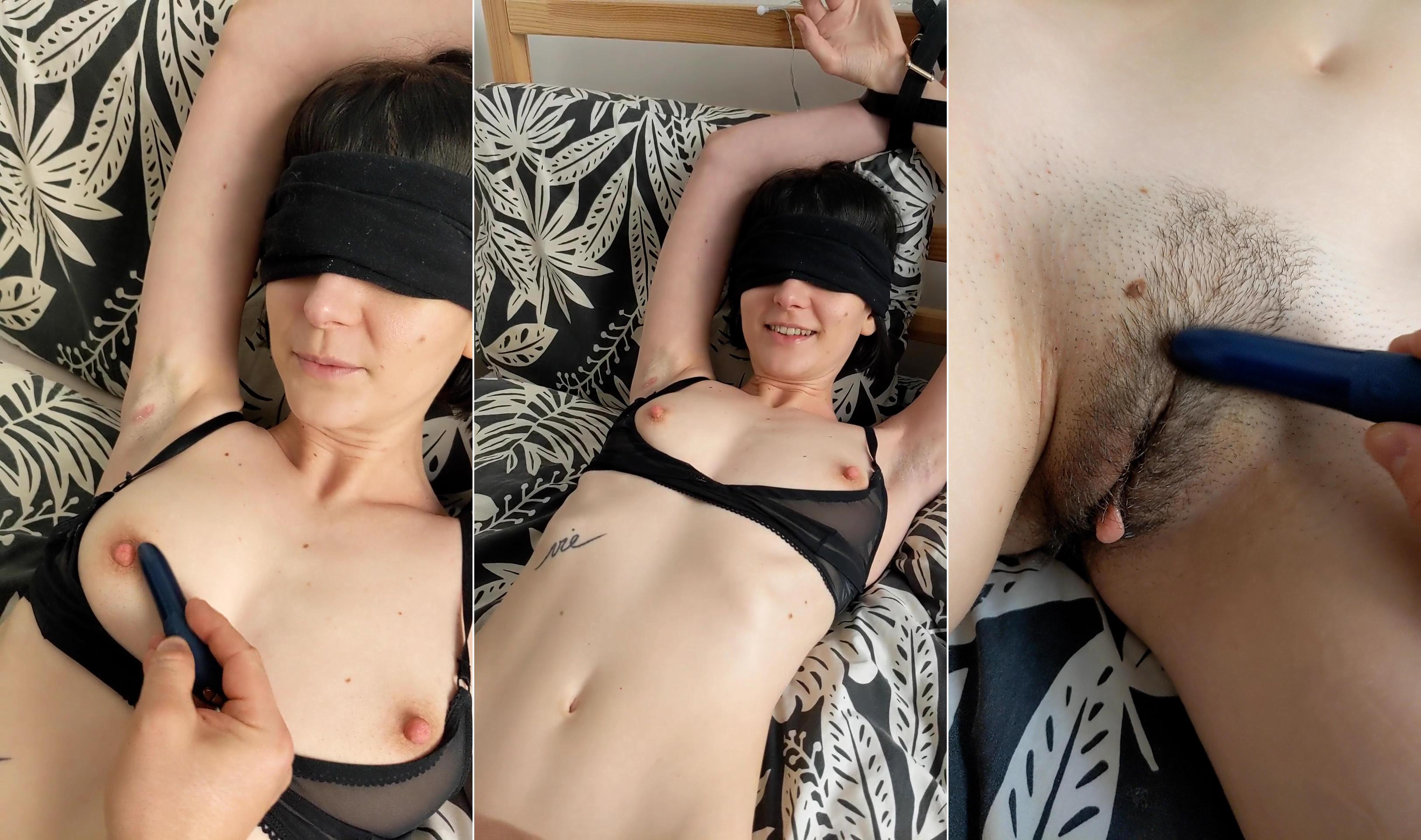 Edging and Sensation Play
I (Delfine) come reaaally easily :) So we love to play with teasing, edging and sensation play. Being blindfolded and restricted makes it that much hotter!
Full video