James and Val met at a club in Berlin. They both liked each other and went on a few dates, but neither of them had the courage to make the first move, so James went back to Australia at the end of the summer and Val regretted not having kissed him. They messaged here and there throughout those months and when Val found out he was coming back to Berlin for the summer, she knew she wanted to hook up with him. She invited him over for some beers and they ended up having amazing sex (as well as amazing conversations and connections). The rest is history.

They have an incredible relationship based on trust, transparency, and joy. They spend most of their time laughing uncontrollably, discussing philosophy, music and art, and looking into each other’s eyes (it’s cliche, they know). Neither of them has ever had such an intense sexual connection with someone else. They talk openly about sex, about their fantasies, about what they like, and since they are also open, they also talk about past or current experiences with other people. This is not always easy, but they are both proud sluts, so they think it’s important within polyamory to find a partner’s sexuality inherently sexy - whether it involves one self or not. Adventure seems to be around every corner for them, Val recalls having sex with James in the bathroom of a club, ripping just enough clothes off to make it work, and banging against the metal door, holding herself up by putting her foot on the toilet paper dispenser... another time a friend of Val and she got drunk at James’ workplace, made out in the photo booth and took some sexy photos, which they then handed to James over the bar with the message “wanna join us?”. They ended up taking her home and having a super sexy threesome. 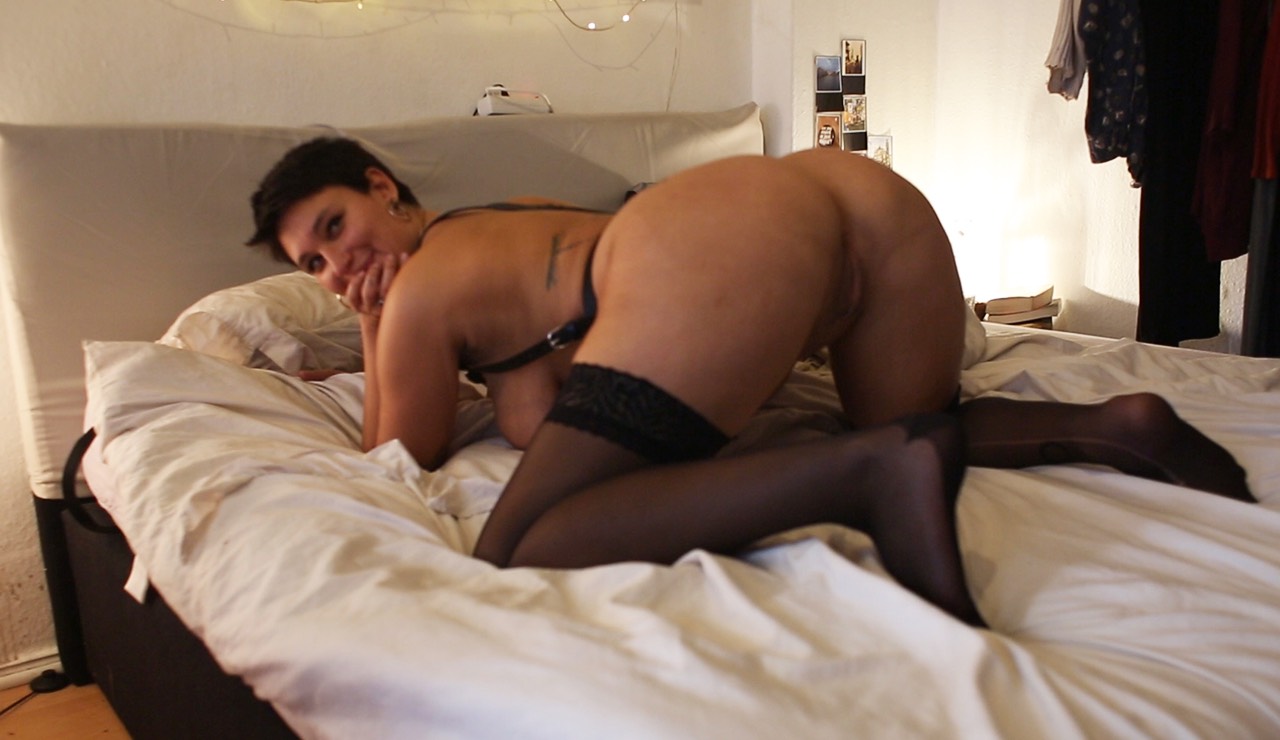 ‘Do Whatever You Want To Me’
For their second Lustery video, James and Val’s kinky side is on full display. Val starts as the Dom, handcuffing and leashing James and having her way with him until she has one of the hardest orgasms of her life. Then, the fluid couple switch roles and somehow things get even hotter!
Full video