What They Don't Tell You About Us Bisexuals

Passing as heteronormative is a blessing and a curse, affording the privilege of hetero cosplay when it suits you. Resoundingly, this is the case for most bisexuals, around nine out of ten partnered bisexuals are in opposite-sex relationships.

For many of us, this comes at a cost. Not feeling wholly ourselves or that some fundamental part has been hidden away to shelter you from the stigma of both hetero and queer communities. As a result, we fail to meet each other, fail to share our unique experiences and unwittingly contribute to our own erasure.

Then, the reckoning. For women, we accept our sexuality as bisexual whether or not we are involved with other women. Maybe we even decide to no longer repress this part of ourselves and find a way to date women. Scrolling through Tinder, we don’t know what role to play, and when it comes to sex or even asking cute babes on a date, we are at best shy and awkward, but mostly terrified. 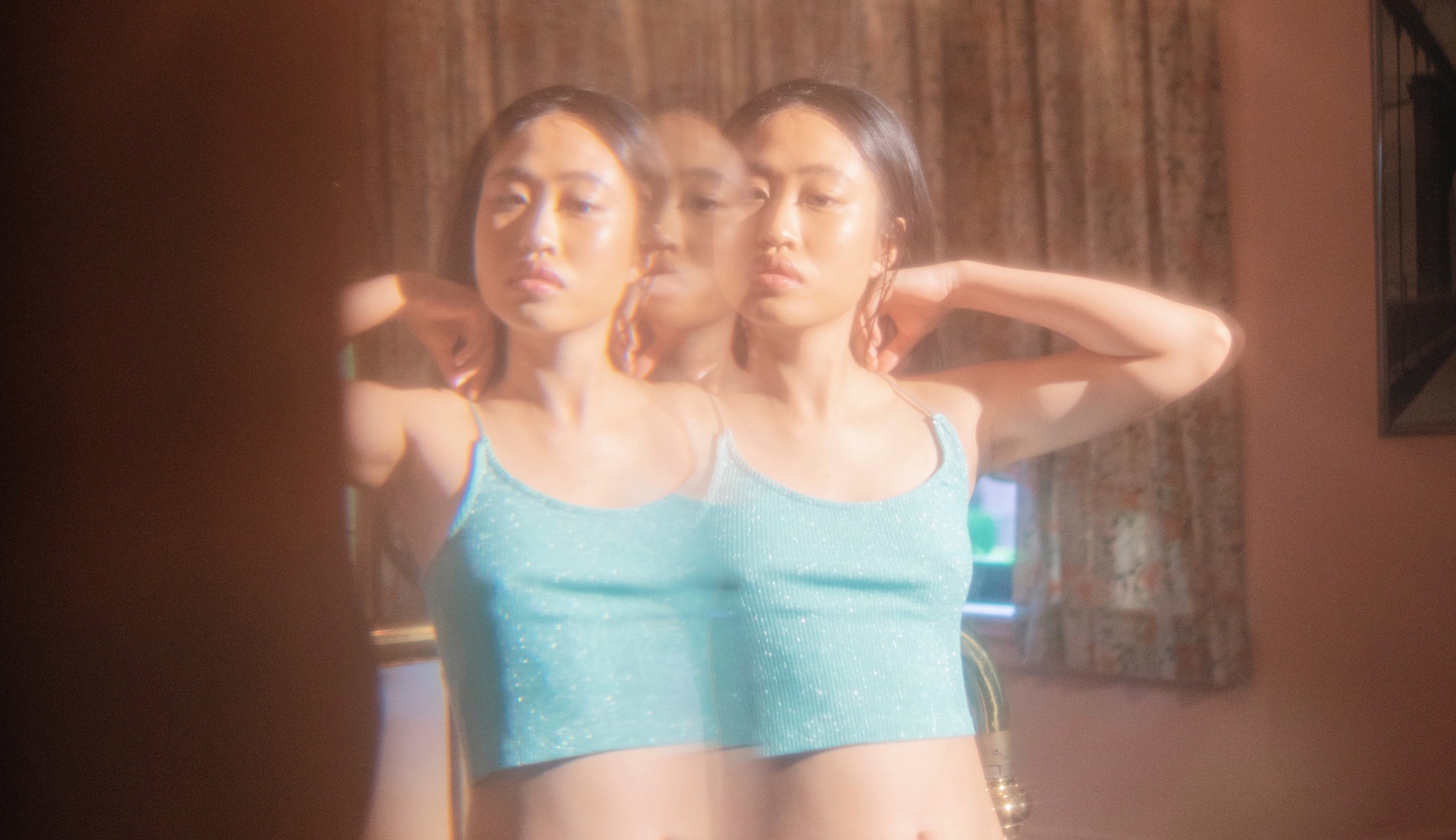 I think our lives could be easier if we shared this with each other. So I spoke to three other bisexual/pansexual women about how they feel.

But a few years later she developed feelings for another girl and grew confused. It was around then that the homophobic bullying started. Katie looks back on it and remembers, “most of the girls who bullied me actually turned out to be queer in some way themselves”. It wasn’t until university that she found the acceptance to claim bisexuality as her own.

Paulita is a thirty-two-year-old non-binary Pornographer from Spain. She has identified as pansexual for a while but found an affinity to bisexuality in the last couple of years.

P: I think when I was younger,  around fifteen, I might have used the word but was never too proud of it, then I discovered queer and pansexual which seemed to describe better my way of apprehending the world, and just in recent times I’ve rediscovered the history and culture of bisexuality and embraced it. I assume the fact I didn’t identify with the term before was due to the negative reputation bisexuality has, although I always embraced other terms that were socially negative. So maybe it has more to do with my dissociation from my sexuality.

Angie is a mixed-race Latina woman, legally Brazilian but from and living in Berlin. She first kissed a girl drunkenly and thought nothing of it, it was normal to be attracted to both sexes.

A: I remember the first time I kissed a girl sober, my first girlfriend. I was shaking all over! It felt more important (and 1000 better) than my first kiss with a boy. It felt like being a 16-year-old virgin again! And I felt so alive! But dealing with the every-day couple things, on top of internalized homophobia, on top of societal homophobia, on top of the anguish of thinking you’re not doing things right and questioning your sexuality because everyone else is… damn. It’s hard. And I’ve never done a good job of keeping it up. 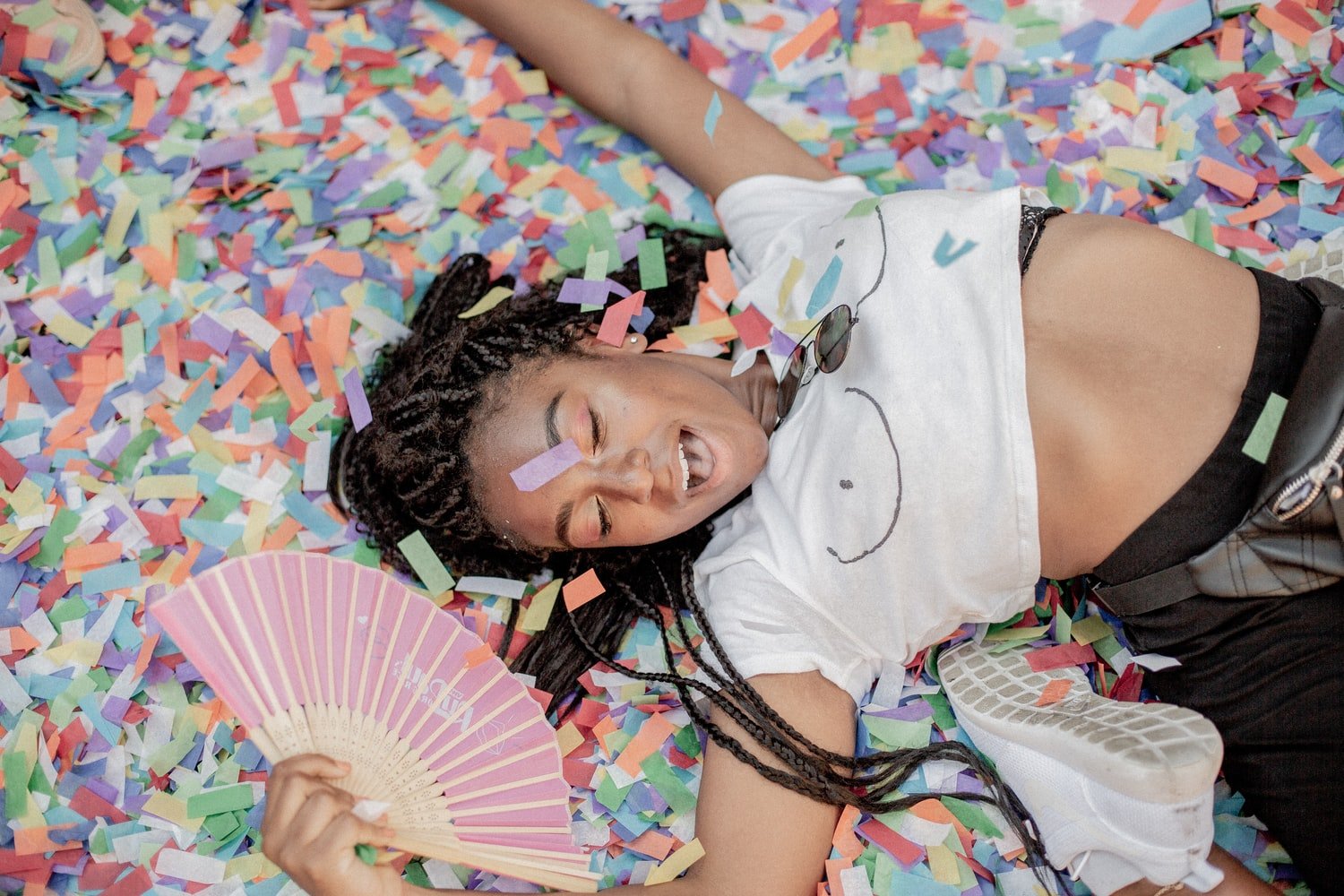 "Coming out” tends to be less important to bisexuals than it is for gay men or lesbians. One researcher calls this move “strategic”, an attempt to protect oneself “from the pain of being misunderstood, hurt, or rejected by loved ones”. But is coming out important?

A: Not in general, no. I really don’t care. But I haven’t officially come out to my mother. I spent so many years of my life hating her, and now we’re in a good place. She is a classic case of confused homophobic “I don’t mind the gays. I have many gay friends! Just not my kids. My kids are NOT allowed to be gay”.

But there are levels to coming out… there is the level, which for some is the hardest and for me was the easiest, of the concept of liking the other sex. And this goes along the spectrum to the other end which is being comfortable with practising your sexuality. I’m still unsure about the practicality of liking women, it’s confusing and because I’m afraid of the biphobia that comes from lesbians, I just date boys, because it’s easier.

K: I have technically “come out” to my parents a number of times and they have never really accepted it. Not that they have rejected it as such but just more dismissed it as “oh, it’s just a phase” and now that I am married to a man, it is easier for them to think I am just straight. I haven’t told them about my girlfriend at all as I don’t think they would be accepting of it. 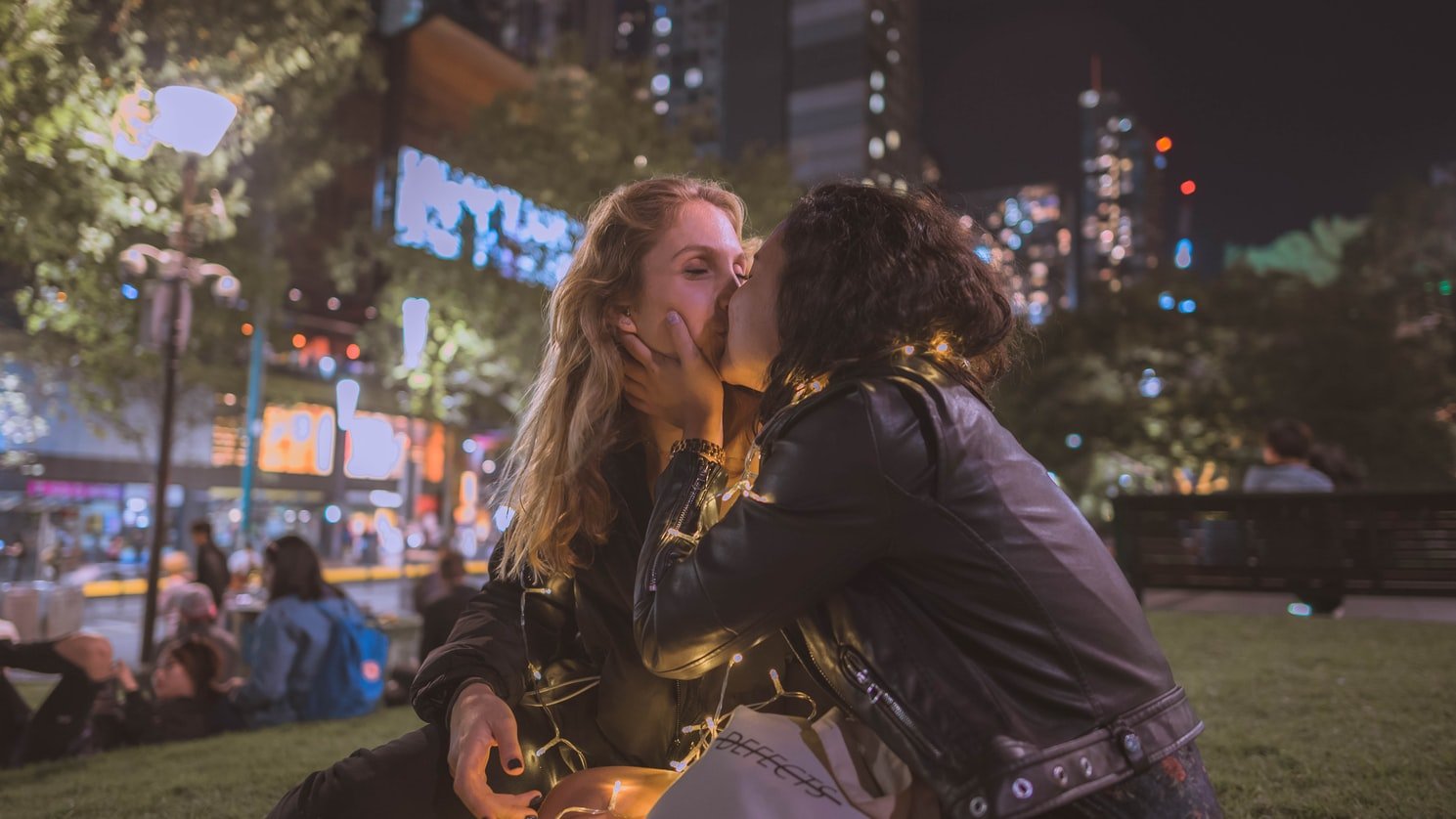 In the UK around 1.1% of women identify as bi and 0.9% lesbian, this means the dating pool for women dating women is small. Add to that the normal dating challenges, and the pool is extra shallow. So how difficult is it to date other women?

A: People say, “you have so many options!” No. I have a thin slither of compatible “type”. I like boys who look like girls, and girls who look like boys, tall lanky people with a certain style, a certain kindness and a certain humour. That’s it. I don’t get a wider range just because I like both sexes.

Thank god for dating apps. Rejection is hard enough but if you calculate how many women I’d be interested in dating, who’d be interested in dating me, the statistical probability that I’d meet them randomly on the street, park or bar is so tiny! I have that constantly in my head, so I never go up to women and just flirt with them. I wish I could, I’m not an introverted or shy person. But rejection is painful enough, a homophobic rejection would be too much for me to handle.

P: I remember the first woman that openly flirted with me at a party when I was a teenager, and asked me out. I was so excited. She was a football player, a proper butch. We went on a date, and for some ridiculous reason I didn’t know what to wear and I chose the worst outfit, a short brown skirt and fishnet tights. What was I thinking, I wonder. I think I didn’t know who I was if I were to date a woman. She kinda commented on it and made fun of me, which was the final push to catapult me into feeling my most uncomfortable and awkward self towards my own image and body. No wonder I did then not feel like having sex. This actually explains a lot.

K: While I have only dated a few women, when I met my current girlfriend it felt right. And I think the thing about it is that I just like her for her and she likes me for me. We both also have primary male partners and have dated other women in the past, so we have a lot of common experiences. Now that I’ve realised more about myself, I find that it’s all just about liking a person regardless of gender and wanting to spend time with them and them with you.

Given that over half of bisexual women in hetero relationships maintained at least sexual relations with other women, non-monogamy seems to be an option for some bisexual women.

K: I find with my husband, it makes us super strong. Our relationship is based on communication and trust. With my female partner, we are able to work through our needs together as well, which works out really well. It makes me super happy to be able to have this balance in my life. I love the support from both partners. They both bring a unique perspective and support to my life. Also, as a highly sexual being, it is nice to be able to enjoy both sexes frequently and consensually.

P: I’ve never really managed to properly sustain relationships as I’d like to. I fall into patterns of monogamy constantly and then feel terribly unhappy. 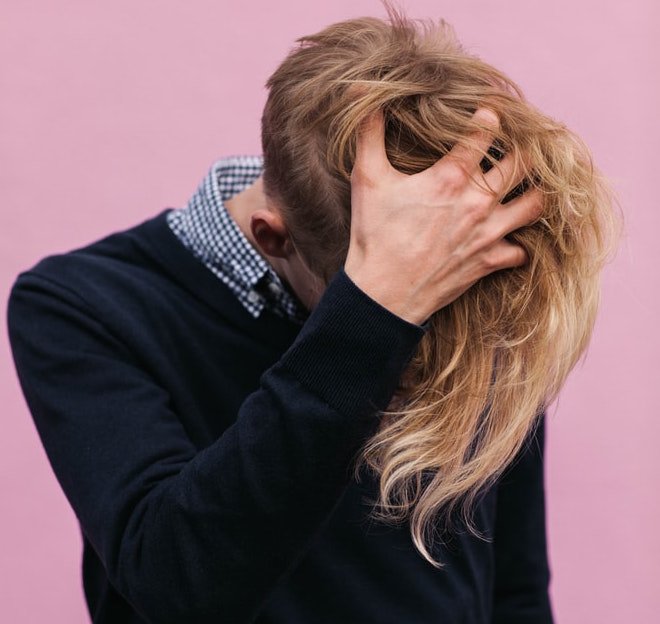 In the same way as Paulita acknowledges not knowing who she was dating women, Angie and Katie both acknowledge how difficult it is to understand what role to play.

A: We are taught in every film and story how to seek and obtain love and attention from people of the opposite sex. Granted, not in a healthy way, but it’s a topic, an excruciatingly well-explored topic. And then homosexuals also have their stories and places, although gay men way more than women. I don’t know how to be gay and because I’m bi, it’s just so often easier to be straight. But there is this lingering feeling of something limiting, something missing.

K: At the start, it was very hard to make that first step and I was very nervous. There are way too many predefined stereotypes and gender roles out there, and I was super worried I had to be either very feminine or very masculine in order for a relationship to work. So I was worried about the dynamic and how it would work, and what “role” I had to be. I also, felt like people were watching me and I was very cautious about it all.

A: There was once a date in my own neighbourhood in Berlin, where after a few drinks we kissed over the table at the bar, on the sidewalk tables. We felt no looks, nothing went silent, everyone just went about their business. It was soooo freeing. Absolutely glorious moment. That is more than tolerance, where you’d keep your comments to yourself, that is true acceptance.

It can be hard to find such safe spaces when biphobia is often present among lesbian communities as well.

P: Unfortunately, the worst biphobic experiences I’ve had have been with my lesbian girlfriends and non-binary lovers. They often feel threatened by “hetero” relationships or even the idea of it. And since I guess it comes from a place of fear or trauma or else a nasty place, it gets nasty. Things like “I’m disgusted when I think of you dating/having sex with men”.

K: In terms of biphobia, the most I actually tend to receive is from lesbians. While that is generalising, I find that especially when I am dating a man, I get looked down on for saying I’m bisexual, as if I'm looking for attention. And then the other problem I get is that when I am single, I find Lesbians not as open to bisexual women as other bisexual women are.

A: The one I get the most is confused (mostly hetero) people (mostly men) that coyly ask, “oh. But have you ever been in a loving relationship with a woman?” Bitch, before this year I hadn’t been in a loving relationship with men either. I’ve also dated women who hate men. So, they get confused by bi girls. But I don’t feel comfortable with groups of people who hate other groups of people - I always think it’s better to be pro-something else, rather than anti-something.

The women I spoke to all extended their sexuality to pansexual. A lesson anyone can take away from this, bisexual or not, is a philosophy of loving that does not come down to genitalia or gender, but people. It’s time we came together and made a community out of that.

A: We need to organize, we need to unite but to do that we have to come out of our heteronormative shells and silence the voices in our heads that make us takes our own sexuality less seriously. Hate gets people organized real quick, I wish love did the same. Being bi is a unique experience, and it would be just so nice to have other people to share it with.

The Future of Sexual Wellness