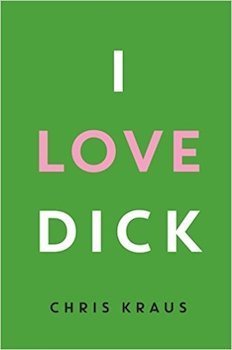 In the show, the story takes place at an artist's retreat in Marfa, Texas ran by the ubiquitous and irresistibly disinterested, Dick, a sculptor of phallus-like objects, who boasts about being post-idea. Chris Kraus accompanies her husband Sylvère Lotringer, the Holocaust scholar, to the retreat. Having recently received news of her film's failure, and with no proper occupation besides that of 'the holocaust wife', she whittles away her time searching for weed and fumbling around in Dick's seminars.

But Chris isn't just writing love letters, at least not to Dick. In the book, her address to him slowly disappears, "I guess in a sense I've killed you. You've become Dear Diary..." Rising from the fog of artistic failure, she confronts the self-erasure that's taken place over years in the shadow of Sylvere and men like Dick, who get to have a voice just, because. The book tracks the process of Kraus's self-discovery through precisely this female experience and emotional exhibitionism, informed by thinkers and artists like Simone Weil and Hannah Wilke.

Divesting Chris's character in the show of her capacity for criticism (Maya Deren bores her, academics are just parodies), rids her of the means to reverse her self-erasure. The show captures her desire to 'not behave' without the self-scrutiny, or political and artistic motivation behind it. So she fades away, leaving Dick and Sylvere to move into focus as victims. Dick is even allowed to experience that distinctly masculine privilege of anger at Chris's objectification of him whilst maintaining sexual dominion (the men take it upon themselves to decide that Chris needs to be fucked by Dick).

Departing from the book, Solloway includes a young group of art students that serve as projections of Chris herself, which could have offered a fuller view of Chris's character. Soloway explains in an interview that the decision was because "women want to experience an intersectional feminism". Whilst there are some interesting diverse characters included, sadly, the effect of universalizing Chris gives off the impression that all women, no matter race or class, are the same.

Nevertheless as irredeemable as Chris seems in the show that is in many ways, precisely the point in the book too:
"I think the sheer fact of women talking, being paradoxical, inexplicable, flip, self-destructive but above all else public is the most revolutionary thing in the world" 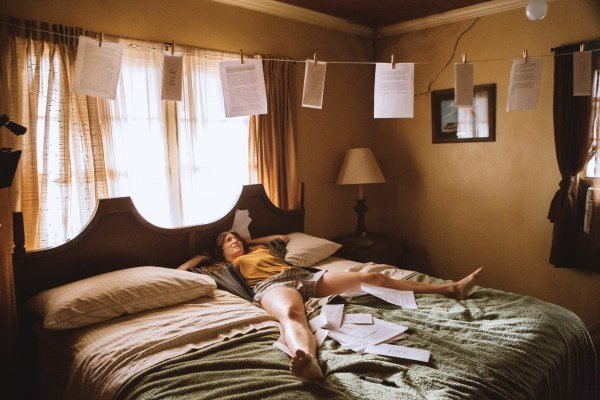 It is easy to criticise unlikeable characters, women especially, if they are even awarded such roles in the first place. Soloway's adaptation highlights the space available for male characters to speak, create and be revered, despite the fact they have very little to say. Chris responds by acting in self-interest, interrupting seminars with a loud phone and conversations with weak interjections. In short, she at least manages to achieve the same thing by empowering emotion. What the show is missing though, is her ability to transcend this and use it to sculpt her own voice.

5 likes
Share:
Olivia Rose
« One quarter of The Ersties Podcast and Video Editor of the lovely Lustery couples. Sexually oversharing for work reasons. » All posts →

Opening Up A Relationship