"I had a feeling that Pandora's box contained the mysteries of woman's sensuality, so different from a man's and for which man's language was so inadequate. The language of sex had yet to be invented. The language of the senses was yet to be explored."
Anais Nin - The Delta Of Venus

It's about time women's bodies stopped being a mystery. With technology perking up to deliver tools to educate, enlighten, and open the conversation about so-called elusive female sexuality, can we swipe, stroke and watch our way to better self-love?

So let's get to know them a bit better.

Noticing the massive hole (ehum) in actual research on the topic, OMGyes enacted a large-scale study into the many nuanced ways different women experience sexual desire. Expanding the vocabulary of pleasure way beyond the traditional lexicon to include inviting terms like 'accenting' 'layering' and 'edging', OMGyes doesn't just unlock new kinds of pleasure but it gives us the tools to actually talk about it too.

With plenty of personal, explicit videos to enjoy, this site even provides you with a virtual ninny to practice on. Helping women to achieve bigger, better orgasms, we can definitely get behind this. 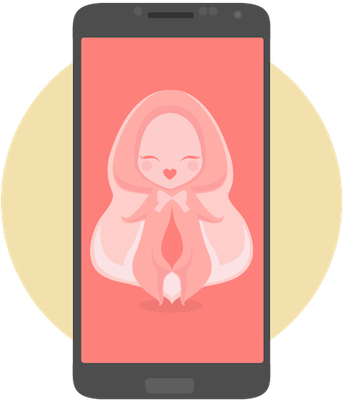 HappyPlayTime is a very cutesy-looking app that makes use of a little cartoon called Happy, 'your friendly neighbourhood vulva'. Happy takes you through a series of different lessons to teach you more about your body in a fun and healthy way that says no to stupid stigma. Once you have read up on techniques, you go into 'play mode' and get to work making the chubby pink vulva feel good, earning power-ups along the way.

The app certainly knows how to rub you up the right way with rewards but it's more an exercise in scoring points - how many times can you make Happy orgasm in 60 secs - than a simulation. Whilst exercising the necessary finger muscles, HappyPlayTime teaches you the moves but it doesn't give you game. 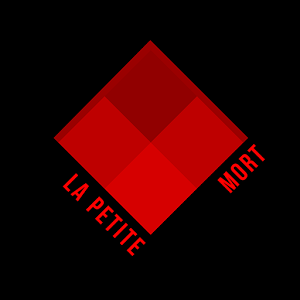 As you stroke, um, her, she reacts sensitively, with a harsh 'ah' if you go too fast, and a warming glow as pleasure builds around areas that feel good, gradually growing as she approaches orgasm. You've got eight 'experiences' to create ranging from 'agitato' to 'symphonia', which depend on how quickly you get her there and how many techniques you incorporate - you really have to tease with some of them. Once you get past the need to catch em all, La Petite Mort is actually an impressively empathetic, mindful experience.

But the real achievement of this app is that it tries to communicate something about feeling, listening, relating, which some of the more technique-focused apps seem to lack.

Too hot for Apple though kids, this one's only available on Android. 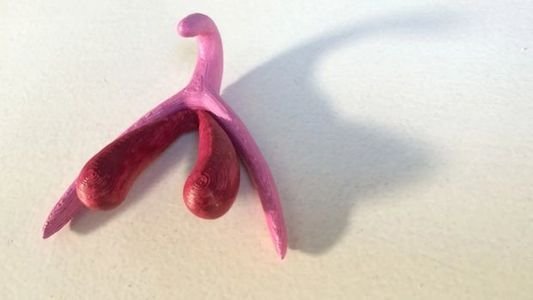 The 'where is a woman's clit?' discussion got old quickly. It is exactly where I left it. Please stop making me tell you. But even I, in all my sexual arrogance, had to look twice at the weird plastic wishing bone that was suddenly popping up online and getting called a clitoris.

Introducing the 3D clit. Being distributed to pupils across France thanks to the aid of 3D-printed technology, we can now get a look in at a full-scale representation of the holy love button. Often described as the size of a small pea, it only became possible to get a real representation of what the clitoris actually looks like from 3D MRI scans as recently as 2009. So we can now see that the clitoris, unlike a pea, extends downwards in the form of two nerve-ending rich 'crura', which circle around the vagina. A breakthrough, helping us to understand penetration better and also that this area becomes erect too a.k.a women get hard like men, only on the inside, so it counts.

Having a 3D clit to demonstrate that is pretty sweet. An image to remember. An emblem to be featured on t-shirts and on the backs of toilet cubicles the world over. No more, will the excuse of elusive female pleasure be used against us.

Book review: GIRL ON THE NET