Nina and Julieta met each other online through a social network. Both of them are Argentinian and were living in the North of Europe during what felt to them like a very, very cold winter. They spent quite a lot of time at home, chatting with each other and they started feeling close in a virtual way. Soon enough they decided to meet each other in person and Nina went to visit Julieta in Brussels. From their first encounter they felt emotionally connected and had a great time together. After this initial meeting they decided to keep seeing each other on a regular basis.

This happens currently about once a month. They regret not being able to see each other more often, but when they do meet they don't miss a moment to enjoy each other's body and soul. Both of them are very open sexually and love to play. They feel very comfortable exploring new things together and they share pleasure in a few kinky practices, like using ropes and whips or spanking. They also love their sex toys! Their absolute favourite position is doggy style when Julieta is bottoming.

They also love outdoor sex! Once they were out at a lake close to Cologne and they couldn't help themselves, they simplyhad to share some intimacy in the water while nobody was around. They weren't really hiding to be honest and got caught up in what they were doing. They weren't really paying attention to their surroundings. Suddenly a very committed swimmer appeared out of nowhere and realized what they were doing. He looked quite shocked while they froze and stared at him. He then just turned around and went away swimming in another direction. They were laughing for a while after this surprise. They both talked a lot about exploring their exhibitionist side and they like to be in control of the camera – so Lustery is a great playground for them! 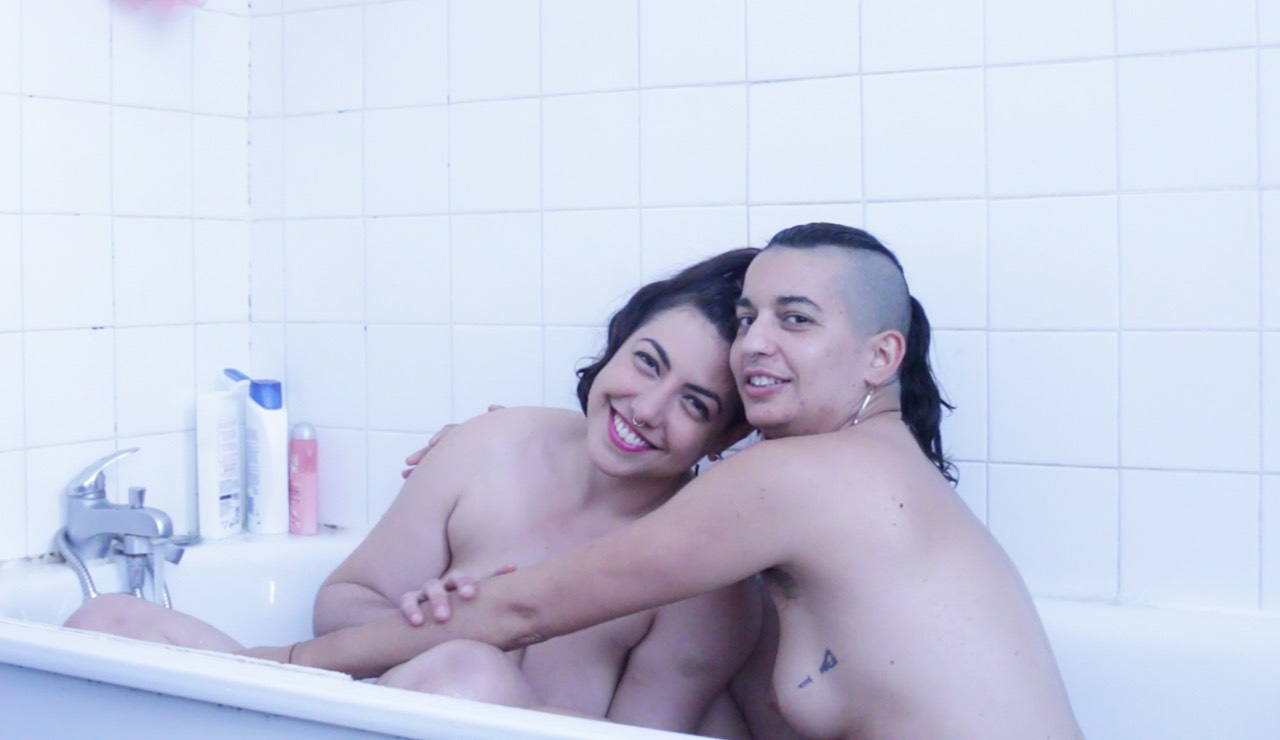 Tub Thumping
It’s been nearly two years since their Lustery debut, but Nina and Julietta’s passion is clearly as strong as ever. Now living together in Marsailles, the sultry lesbians begin their follow-up video by sensually washing each other in the bathtub. Things escalate quickly when they move to the bedroom, where the kinky couple break out the handcuffs, strap-on, and whip for some typically creative play!
Full video