Laney and Sondrine first met when Sondrine started working at Laney's office. Sondrine told Laney that she had a crush on her from the beginning, but Laney tried to maintain professional boundaries. Sondrine kept being her warm and lovely self and eventually they became friends. When they both quit last year, they became much closer in their friendship, and this year they have become lovers. Playing with each other feels safe, exciting and just right, their closeness has allowed them to venture into new sexual territory together. They share a fetish for body hair, and natural body smells. This leads to indulgent armpit licking for both of them.

A few weeks ago they went to a play party hosted by friends. At the suggestion of another friend, they wrestled for two rounds (both tied) with a crowd cheering them on, then retired to a more relaxed room to recuperate. Sondrine reclined, princess-like, on a bed of pillows while people all around her stroked, licked and kissed her all over. As this was happening Laney put her face between her legs and licked her until she came. After that she asked Sondrine to take her strap-on dildo virginity - they were so excited they tried all different positions until she had an amazing orgasm. 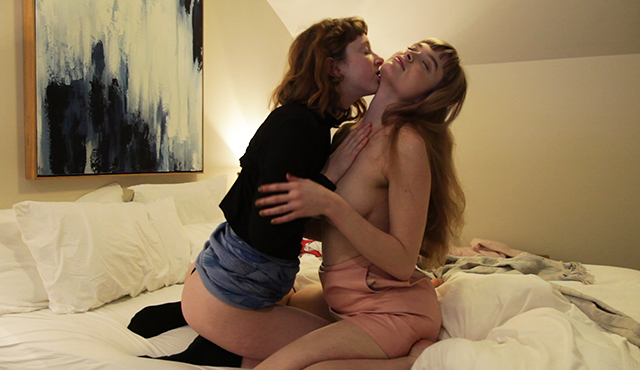