Jada and Lucas' story starts and continues with the slogan: sharing is caring!

They met at a dubstep rave party while they were with other partners. Jada was on her boyfriend's shoulders and Lucas had his girlfriend up on his shoulders. They met in the middle and Lucas’ girlfriend started making out with Jada! Nothing happened that night but they stayed in touch and got to know each other better. Eventually Lucas' girlfriend broke up with him and Jada and Lucas ended up together. Now they are married but enjoy keeping their relationship open.

Jada and Lucas have sex every couple of days. Their favorite position is with Jada lying flat on her stomach and Lucas on top or behind. And their favourite special treat remains the enjoyment of being in an open relationship. 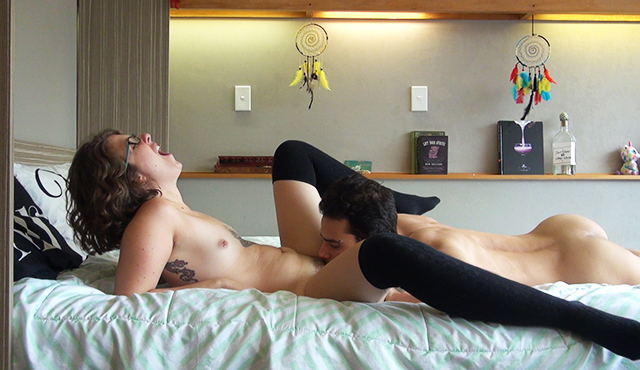 New location, Same sensation!
Back for their second Lustery shoot Jada and Lucas have had a pretty drastic change of location! Their first shoot was in New Orleans, their second…New Zealand! Jada also has a new job and a new look, the two are kinda connected! Her 20’s flapper girl inspired look is all part of her new job as a stripper! Something that clearly turns Lucas on…within minutes of it coming up in conversation the two begin fucking!
Full video