THE RIDDLE OF MORNING VS. EVENING SEX

Cake or pie? Truth or dare? Boy or girl? Sex in the morning or in the evening?

We are taught to think in dichotomies. From an early age, we are confronted with either/or questions and pressured to choose sides. By deciding for or against these seeming opposites we frame our identity. Taking decisions is an important part of building character, but what kind of world do we construct by breaking everything down into binary categories? Are we not limiting our field of vision, putting on blinders that let us perceive the world around us only through a black and white filter?

Take as an example the morning vs. evening sex issue. This topic is a favoured duality when it comes to stressing out the sexual differences between women and men. If you google it, you will find out two interesting facts.

First, you will notice that there are a lot of publications on the net reporting the mating patterns of fowl. You will learn that according to a new study, hens solicit sex in the morning to avoid sexual harassment in the evening in male-dominated groups of chickens. You could draw a lot of ungrounded, pseudo-Freudian theories from this fact, or you could just acknowledge that you have no idea about fowl and that this piece of information is useless to you, the latter is my case. Both of these options, as well as any other alternatives, are valid. 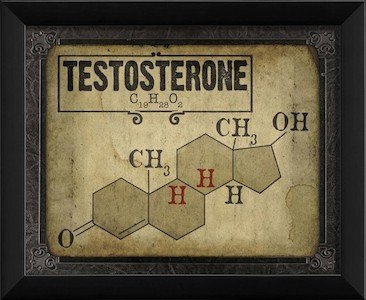 Secondly, you will come across an endless amount of online articles dedicated to this topic concerning men's and women's sexual behaviour. Most of them repeat the general underlying assumptions, enumerate similar arguments and quote the same studies, accompanied by dubious statistics. The basic premise that these opinion pieces are based on is that men and women are essentially different and can be treated as two homogeneous groups.

This thesis is then supported by popularly accepted, apparently scientifically proven facts like "It all comes down to hormones". Authority figures such as university professors and psychologists are quoted, but never the actual study sources. In case you were wondering, it is implicitly taken for granted that all women and men are heterosexual, monogamous and have 9 to 5 jobs. From there on, a series of gender stereotypes follow.

"Testosterone - the main sex drive hormone". "Biology makes you more up for it than she is". "Morning is prime time for men". "Men are ready for sex just before breakfast whereas women most want passion last thing at night. This shows that there are big differences in sex o'clock between the sexes". "It takes more than hormones to get a woman in the mood, so men need to make an active effort". "For men, it's more down to testosterone. For women, the single greatest factor influencing a woman's sex drive is body image and how attractive she perceives herself to be". "She may feel uncomfortable about her physical cleanliness after a night in bed". "Researchers believe [...] that music may make women feel more relaxed, bonded and in turn more sexual, while in men it calms their aggression and in turn reduces their levels of testosterone".

As a pansexual, non-monogamous cis-woman and freelancer, I'm more concerned about my sexual partners respecting my emotional boundaries and random working times than about my body image. So sex in the evening usually means dealing with kicking cuddly people out of my bedroom in order to get some rest or to finish some work to meet a deadline.

My lust for sex in the morning could be defined as arbitrary, mostly controlled by my hormonal balance or the level of the hangover after a wild night out, and also absolutely dependent on the kind of sexual practices I have with a concrete partner. Kinky partners get more AM sexy times, in case you want the specifics.

My favourite time of the day for fucking is actually: the afternoon. The energy of lunch gets me through the acrobatics and the sleepiness after sex serves for the perfect siesta, without the awkwardness of the sleepover obligation and negotiation, because after siesta, one usually stands up and goes on with the day. Since I noticed at an early age that my character did not match what was expected of me as a young lady, I have always been fascinated by this topic and have dedicated much time and energy in exploring the matter of gender roles. After several years of throughout research, gender studies and in-depth analysis I would like to offer you the astonishing conclusions I have found out: All of it is BULLSHIT.

Sure there are some scarce pieces of truth here and there, for example, the fact that the levels of testosterone in your body play a role, amongst other factors, when it comes to building muscle, and that applies to every individual regardless of their gender.

The rest it's just a matrix of constructed theories that are only "proven" by so-called scientific facts, whereas these facts were extracted from experiments that had the theories as a premise, thus being self-referential and consequently only valid inside that matrix. Once you open your horizons and acknowledge existence beyond that black and white world, you will discover in yourself and others a colourful range of feelings, sensations, emotions and adventures. 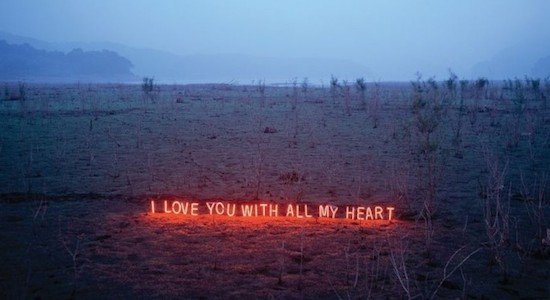 Now, I'm sure some of you are shouting out loud: "but I'm a man and I'm aggressive and horny", or "my girlfriend is self-conscious about her body and loves to cuddle after sex". Of course, the thing is we all live in that matrix. And although some individuals might genuinely embody the gender stereotype, we are told from the moment we breathe in this world that boys and girls are different. So the question would be, what was first, the concept of male and female genders or the actual characters of people. The chicken or the egg. But I already told you I personally don't care for fowl.

5 likes
Share:
Paulita Pappel
« Paulita Pappel is a feminist pornographer. A producer and a lover. She is the founder of Lustery.com. » All posts →
Thank you, @AdrianoPaduam! So happy you like them! You can like the article by clicking on the heart below the title. xx
0
2
0
Please, insert a like button in these articles. You said it all, I just want to like it! xD
0
2
0