“Do you want a rosé or something?”

It’s Saturday night and I’m in someone else’s bed. His name is Raphael and I’ve been trying to sleep with him for almost 2 years. After countless schedule conflicts and one or two monogamous relationships getting in our way, it’s finally going to happen.

But a lot has happened in the 18 months since I first let on that I was interested in hooking up; the biggest of which is that for first time in years, I’m nervous about having sex.

“No thank you, I’m okay” I say. When I have sex with someone for the first time, I typically like give this spiel about how “I don’t believe in having sex with someone under the influence” because I find it unethical, but tonight, that’s not really the case.

The truth is that while I’m in bed with this guy who is slowly inching one hand to my thigh, and the other to my left breast, I’m on my 2nd dose of Prozac -12 away from feeling all the affects the back of the bottle promises: good, bad, and puritanical

Prozac can have any or all of the following side effects:

●  loss of appetite or increase in appetite,

●  impotence, or
●  difficulty having an orgasm.

As a sex worker and someone who just generally enjoy’s fucking, those last 3 symptoms on that list have been long standing deterrents of using anti-depressants. After all, so much of the cultures surrounding medication speaks to losing your “true self” or being even more miserable once you start taking the meds than when you were sitting in your sinkhole of depression.

Having gone down this road once before with another SSRI called Lexapro, I’d shown up to this guy’s house thinking “This could very well be the last time I have the desire to have sex let alone achieve an orgasm,” which has thus far been an exceedingly easy feat for me. This needed to be my magnum opus of uninhibited sexual release.

So why? Why am I risking feeling sick, sad and sexless for the rest of my life? Aren’t there alternative ways to treat mental health that don’t involve Selective Serotonin Reuptake Inhibitors? Sure! And up until a week ago, I had been doing them all. 13 years of psychotherapy, 4 therapists, Mindfulness Training, CBD therapy, CBD oil, acupuncture, mediation, exercise and art therapy and about -$20,000 later...I am still unable to control the part of me that makes my day 20xs harder than it needs to be and is actively trying to self destruct.

While I’ve been actively battling with mental health for the better part of 13 years, the truth is, I was born with generalized anxiety disorder and was officially diagnosed with Complex Post Traumatic Stress Disorder about 4 years ago. My two longest relationships have been my disorders and even then, I’ve been poly. CPTSD and GA have a strong co-morbidity, triggering and fueling prolonged episodes of isolation, emptiness, emotional flashbacks, panic attacks and dissociation. In my case, the dissociative episodes are the most dangerous and longest lasting symptom.

While panic attacks suck, my dissociative episodes have come to scare me because, as the name suggests, I am dissociating. Therefore, I am completely without control of my actions or thoughts until the episode stops and I “come back into my body”. It starts with a sense of deep discomfort, followed immediately by the feeling of drowning. You’re trapped within yourself and you are suddenly unable to get out or breathe. You’re consumed by feels and memories that are so overwhelming, your conscious floats away from ration, reason, safety and self preservation.

The longest episode I have had lasted 2 weeks, during which time, I lay cationic on my couch, weeping silently, unable to sleep or move.

And while right now, I’m in Raphael’s bed, a week ago I drank two bottles of rose in an hour’s time. A week ago, I had a two day episode of dissociation duding which, in front of friends and strangers, I gave myself alcohol poisoning. I was completely unaware of what I was doing until I woke up in my friend’s bathroom suffering from severe dehydration and alcohol withdrawal.

My brain and body had gone into autopilot while the conscious part of my mind that makes me, me hid itself from the feelings of hopelessness that were bubbling to the surface. In that moment, my CPTSD brain took over, hell bent on killing those feelings and myself in the process. When I turn the glass of rosé down, I’m really avoiding the memory of that night and the recognition that I might actually be a “crazy person”.

In response to this, my most recent semi-conscience suicide attempt, I decided to consult my doctors about beginning SSRI therapy. After such a violent 13 years of powering through my own mental health issues, I finally realized that I was exhausted from trying to heal “naturally”. I just needed my “good” days to be easier and my “bad” days to be easier to survive. So in preparation for what I assumed to be the inevitable adverse side effects (no sex drive and 0 orgasms), I made my last dick appointment.

But here is what I didn’t know:

And for the first time I ever - I will actually enjoy making these connections.

Prozac is selective serotonin reuptake inhibitor (SSRI). It works by blocking the absorption of the neurotransmitter serotonin in the brain. Serotonin is a monoamine neurotransmitter (like dopamine and epinephrin). It is commonly associated with contributing to our feelings happiness and well being as well as facilitating learning, memory and a number of other complex physiological processes.

Contrary to popular myth, Prozac is NOT synthetic serotonin but rather an inhibitor, preventing neurons from reabsorbing (re-uptake) serotonin which it has previously released, making it more accessible to the rest of the brain and body to better address stressors which affect our mood, cognition and anxiety. Regulating the amount of serotonin helps brain cells transmit messages to each other. This results in a better and more stable mood.

In my case, it also makes basic human interactions far less anxiety inducing. I can make eye contact with people during conversation and not get stomach cramps. I’m able to follow conversations and retain more of what is discussed, making future conversations and relationships just that much easier to develop.

I am no longer dissociative and able to communicate more openly about the affects that my symptoms are having on me in the moment. And much to my surprise, the only adverse side affect is a mild headache that is curable with aspirin and more water consumption.

You might be thinking to yourself, “This is a sec blog, why are we talking about your mental health?” And the answer is pretty simple: When we discuss sexual wellness, it is imperative that we include healthy, realistic and diverse perspectives on mental health issues. If mental health and sexuality are inextricably intertwined, it is absolutely imperative that we explore the success stories as thoroughly as we caution each-other on the struggles.

As I said earlier, Prozac is NOT first SSRI I’ve tried. I had a long and sorted experience with Lexapro whereby I experienced almost all of the symptoms listed above. In fact, my experience with Lexapro, coupled with the popular myths and psychophobic arguments against psychiatry made me utterly afraid to even attempt another round of antidepressants for almost 10 years. 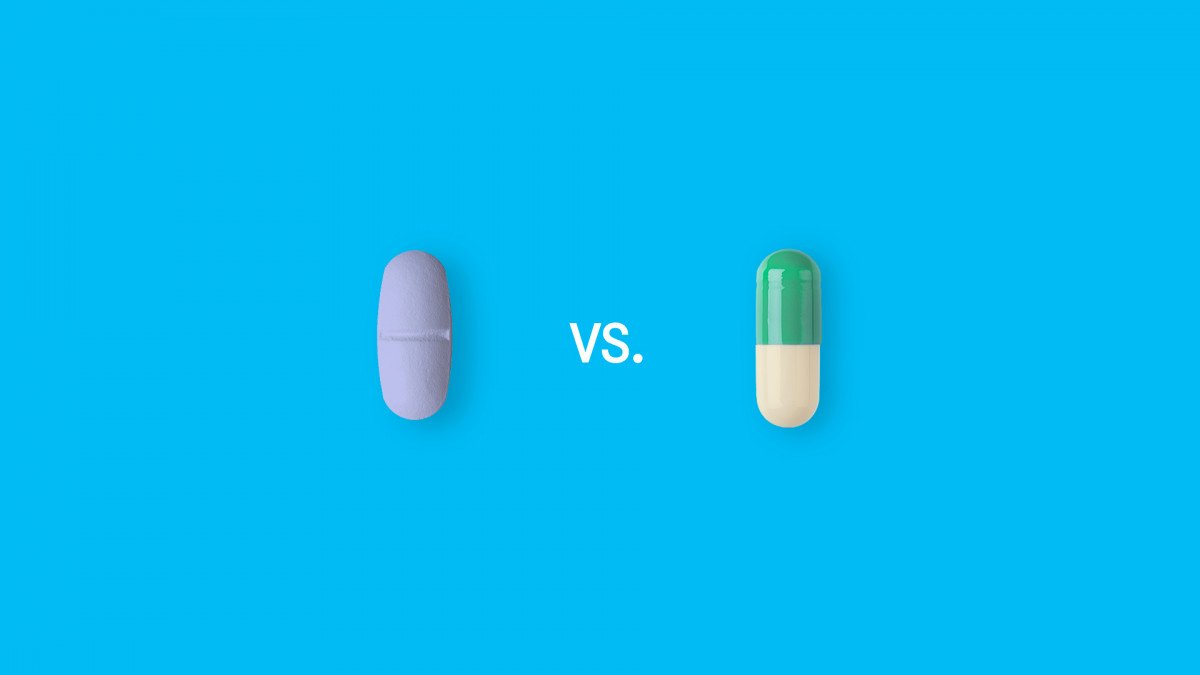 During which I struggled with isolation due to my inability to empathize or connect with my sexual partners on even the most surface levels, dissociated during sex and attempted to end my life about 8 times. While I did not (and still do not) see anything wrong with casual sex or the fact that I am promiscuous, clinical depression had completely prevented me from enjoying the basic things in life. And for all my efforts to regain my sexual agency and fulfillment, the struggle to survive almost robbed me of that success, simply because I had developed a major bias to a therapy that has actually served me exceedingly well.

Now, I want to acknowledge a few things. The first is that this is a HIGHLY personal story and in no way meant to pressure anyone into making any choices about their mental health journeys that they are not comfortable with. Medication is not for everyone, and that included me for many years. I believe that even if I had tried Prozac 10, 5, even 2 years ago, I may not have experienced the positive conditions that I am currently thriving under.

So once again, this story is not meant to pressure anyone into choosing my choices. The 2nd is that if you feel that this essay is simply expression one rare exception to the rule - I don’t disagree with you! Truth be told, my experience is the first I have personally heard where someone had an entirely positive reaction to medication. The overwhelming majority of people I know on anti-depressants have said that struggle with the disruptions to their sexual lives has been the most difficult, if not outright hindering.

But this is why I feel that it is so important to explore stories about sex and mental health so thoroughly. While my story might be the exception, there is just as much of a chance that it doesn’t have to be. While my circumstances and access to care may not be the reality that others find themselves in, there is something to be said about openly sharing diverse experiences about sexuality and mental health.

The cultural biases against SSRIs speak much more to our societal anxieties around the topic of mental health than our fear of medicine. In many ways, these anxieties mirror our hangups about sex. My hope is that by having more open conversations about both, we will begin to build more success stories surrounding sexual health, mental health and wellness overall.

32 likes
Share:
Nenetl Avril
« Nenetl is from Los Angeles and is generally overcaffeinated. They wear a variety of hats and even cuter shoes. » All posts →
Hi Nenetl, thank you so much for sharing your story. I relate so much I feel I could cry! Your description of panic attacks and dissociation resonates with me quite especially, as does your experience with Prozac. (Recently I have noted an unsettling uptick in dissociation episodes...to feel that one is so non-existent and almost unconscious in a way! :-( ) Even your remark about feeling so determined to make the bad feeling go away that you resorted to alcohol, to a dangerous level. (It messes with your head because it can bring short term relief, but then you think you can use just a bit more and the next thing you know you wish you could vomit!) My psychiatrist didn't believe me when I said, after a couple of days using Prozac to deal with withdrawal from Effexor, that it made me feel better than I'd really ever felt, especially socially and basic self-esteem. Anyway, thank you again for sharing.
0
4
0