Like most children across the world, I learned that sex was bad before I learned how to have it. My formal education on the subject came in the form of an awkward lecture in secondary school, which was frankly overshadowed by the news that one girl had been fingered under the desk during Biology. Not that we were missing much: in essence, we saw a teacher gingerly slide a condom onto an overly-ripe banana, outline the life-ruining consequences of unwanted pregnancy and inform us of the dangers of sexually-transmitted diseases.

The latter conversation was accompanied by a PowerPoint presentation which showed the effect of said STDs in all their glory, luminous detail. It was kind of a boner-killer, to say the least. Things became even more complicated when I began to feel my first twinges of desire for men. I was aware of my queerness before I could articulate it; I didn't understand why I got that now-familiar tingle in my trousers when I thought about David Beckham, but I did know that whatever these feelings were would make my life – and my sex life – a lot more difficult. 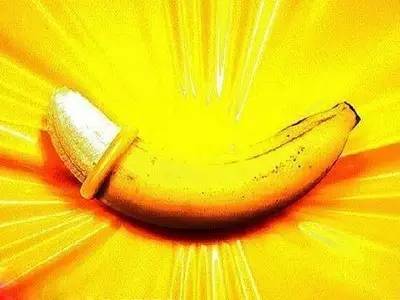 When I finally decided to speak to a school counsellor about these feelings at age 12, I was ushered into one of those tiny, clinical rooms that always – and I mean always – mean bad news. Without comment, I was given a leaflet: "How to deal with homosexuality." Bizarrely, there was little practical information, advice or guidance on how to navigate the physical aspects of gay sex. Instead, there were segments on the importance of protecting myself against HIV and an extremely lengthy chapter on consent: "Remember, you can say no at any time. ANY time," the author solemnly promised. Naturally, a lack of diversity – and, of course, the lingering ghosts of Section 28 – meant there were no queer staff members I could actually talk to. In my rural Yorkshire village, that leaflet was my only representation.

Of course, coming out at that age wasn't really an option. I was surrounded by dominant masculinity, which I now understand in retrospect; my secondary school had a poor reputation and extremely low pass rates, which meant that young boys were encouraged to learn practical skills in order to earn money. We were advised to take apprenticeships in construction work and discouraged from academia or other forms of higher education because, frankly, statistics showed that we were unlikely to make the grade. Instead, we were told to become strong, physically-skilled and capable of fitting the stereotype of the male breadwinner. I never matched these criteria. I was an effeminate introvert struggling with what were, at that time, scary, confusing and all-consuming questions about my sexuality. I believed that admitting this confusion would do more harm than good.

So I began to fear sex. While other kids were being blown in the bushes and fooling around after school, I was busy hypothesising, speculating and generally panicking myself into a frenzy. This fear was exacerbated by a complete lack of availability: I didn't know any other gay kids and, even if I had, I wouldn't have felt comfortable enough to pursue anything romantic for fear of being 'outed'.

It was only in college that I found the courage and the tools – cheap cider, mostly – to actually try and overcome this fear. Naturally, the results were shit. I'm sure you don't need to tell you that letting a random guy suck you off in a car park after a litre of vodka is a bad idea, but if you are considering it: don't. Not only did I become easy, I became desperate. I would go on nights out, get obliterated on cheap drinks with a fake ID and go home with the first boy that would pay me attention.

In retrospect, I got myself into some dangerous and abusive situations. I had men threaten me, refuse to respect my boundaries and attempt to humiliate me when I tried to articulate my discomfort. Paradoxically, my voyage of sexual discovery only exacerbated my fears.
Like countless other queer kids, I wasn't equipped with the tools to understand the ways in which sex, intimacy and romance could all be applied to my own life. I didn't know that sex was meant to feel good because we were told it was simply a means to an end.

The simple fact is that we aren't taught the importance of pleasure because pleasure is still political.

Even as I did gain more experience, I was reluctant to explore my sexuality fully because I had seen gay men stereotyped as horned-up, sex-obsessed freaks; our closets should be filled with Dolce and dildos, nothing else. Like many young minorities, I internalised the idea that my actions were somehow reflective of an entire community, which is bullshit. Some gay men love chem-sex and dark rooms, others spend their weekdays snuggled up with long-term partners watching re-runs of 'Top Gear'. I am gay and I identify as queer, but I am human first and foremost; like everybody else in the world, my character is complex and therefore defies linear stereotypes by default. I put pressure on myself for no reason whatsoever. 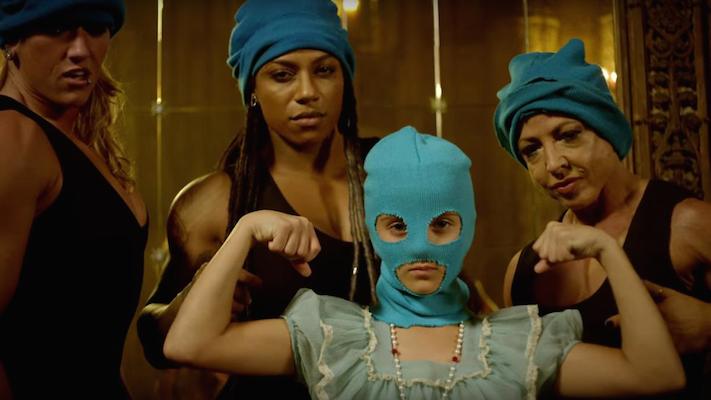 Our misogynistic society sexualises women so often that genuine promiscuity is deemed to be inherently negative and worthy of slut-shame. If you happen to identify as anything other than a straight, cisgender male (they're studs, not sluts, remember?), your sex life is excessively policed – and it can be difficult not to internalise that.

Essentially, society teaches us initially to fear sex and then to feel guilty if we ever move past that fear. Our fetishes are pathologised, our desires dissected and our sex-positivity criticised – and frankly, it's bullshit. We all have our own unique relationship with our sexuality: there is no right or wrong. Want to fuck someone new every night? If you do it safely and consensually, there's no problem. Want to be celibate for the next decade? Also perfectly fine if that's what you want. It's taken me years to overcome my fear of sex and even longer to accept that my promiscuity doesn't reflect on anyone other than myself. Now, I'm not nervous, apologetic or ashamed of who I choose to fuck – but believe me when I say that society has made it way harder than it should be to get to this point.

5 likes
Share:
Jake Hall
« Jake Hall is a London-based freelance writer fascinated by everything from sex and sexuality to music and culture. » All posts →

How to be bisexual in a heterosexual relationship?