At the beginning of last year, I made two resolutions.

I realised one thing very quickly. Being hit in the face sucks, you guys.

I knew there was more of The Stuff I Like out there... if I was willing to pay for it. I wish I could say that it was my moral compass that first led me beyond the paywall but no, it was very much my pussy. 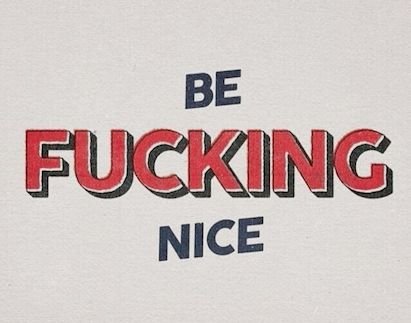 17 likes
Share:
Annie Brookstone
« Annie is a writer, feminist, nihilist and perv who spent the first part of her career trying not to be distracted by constant thoughts about sex. Now, when she's not writing about fucking, she's an avid rope bunny, BJJ enthusiast and charming enough to meet your mom. » All posts →
I'm a little sad to see no one else has commented on this because I think you do a very good job of putting into words how I've felt for a few years now. The first time I actually paid for a subscription to a porn site was three years ago and I haven't looked back since. I come and go from one site to another, seeing what's out there, and going behind the paywall is consistently worth it. Beyond the practical benefits (viewing in HD, no scrubbed off watermarks, choosing from a studios entire library, etc), there really is a sense that you're doing the right thing. Especially in a time when it's becoming more and more apparent how fucked over the working class is by the ruling class and fighting for better pay, medical care, etc, etc, etc... how could you say you deserve those things when you're not willing to pay adult entertainers to have the same? To still not pay for your porn seems...increasingly hypocritical to me.
1
1
0
"You're not only enabling the 'factory farming' of an industry already marred by its reputation for taking advantage of the most vulnerable people in it, one orgasm at a time you're granting conservative, anti-porn groups a far more convincing platform to lobby against the very thing getting you off."
0
1
0

Are Your Sex Toys Toxic? A Guide to Safe Materials