Svetlana and Alex have been loving each other since 2013 and they still do so passionately! They met through a common sports interest. Alex has loved cycling since childhood, and it was whilst attending a cycling competition that he saw Svetlana. She was wearing tight leggings which directed his attention straight to her incredible ass.

He plucked up the courage and decided to go and speak to her! He invited her out for dinner at a nice restaurant on a rooftop. As the evening moved along, they got a little drunk and decided to go to the cinema. They sat on the last row, in complete darkness, without another single soul in the theatre. You can imagine what happened next!

Before the movie had even started, she put her hand on his knee and asked Alex if he wanted to touch her pussy! He embarrassedly replied, maybe later? She confidently took his hand and shoved it into her panties and began to moan. He was positively shocked by this situation but he didn't complain. They got very excited, they couldn't resist and had sex right there on the spot, which was a great experience for both. After this, they knew they were a perfect match and they began to date. Now they are married and are expecting a baby soon! 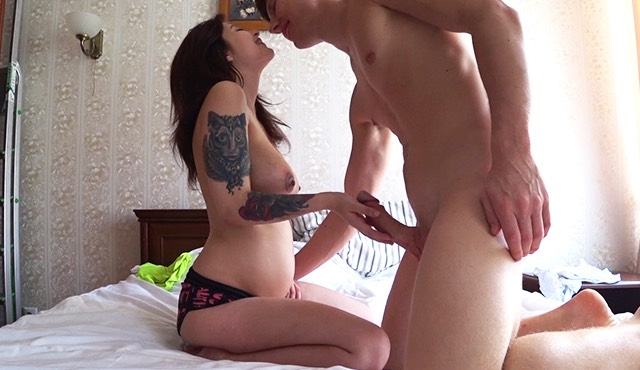 Bumpy Ride
Alex and Svetlana have been together since 2013, and are now expecting their first child! That’s not gonna stop them from making their Lustery debut though. Svetlana looks positively radiant with her small bump on show, a view clearly shared by Alex!
Full video