Sasha and Lesha met each other for the first time at a night club. It was love at first sight, Sergey couldn't help but stare at Sasha's dance moves, he waited until she came over to speak to him and then invited her for a drink. Soon they realized they were falling in love with each other and moved in together. They are now plaining their wedding in Goa, India! They are both very romantic when it comes to relationships and they like to show their love for each other with care for details like giving each other small surprises every now and then.

Once they had sex in the compartment of a train while they were travelling together – the fear of getting caught in action was super exciting! Currently, they are both working a lot, so they don't get to have as much sex as they used to, but they make sure to at least find the time to fuck twice a week. When they have sex, they like to concentrate on each other's bodies and feelings. 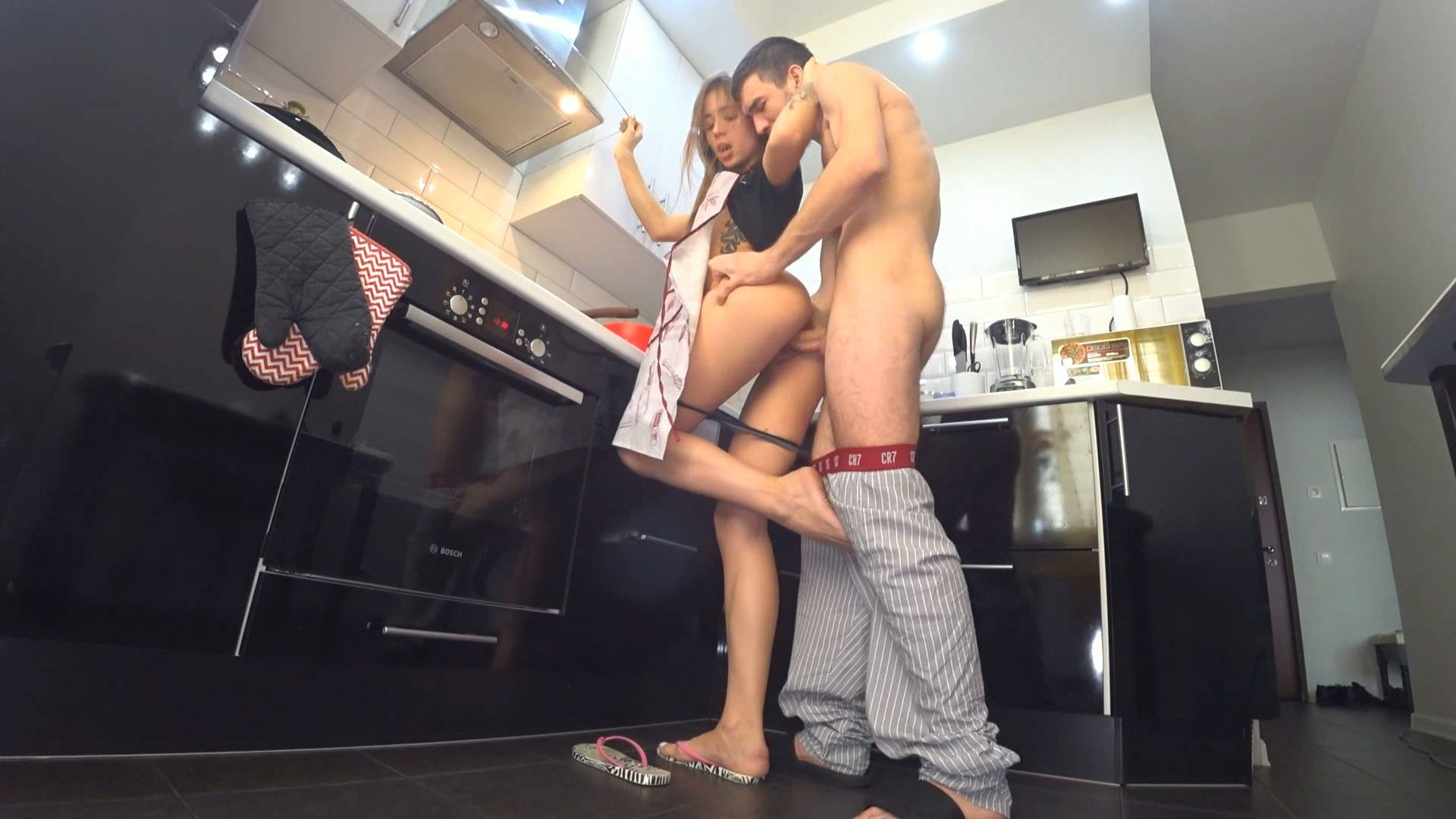 Pancakes and Pounding
Russian romantics Sasha and Lesha know how to start the day right – with pancakes for breakfast and a kitchen quickie for dessert. As Sasha goes to work on the frying, Lesha turns up the heat even more as he busies himself eating her out from behind before pulling down her panties to take her then and there.
Full video